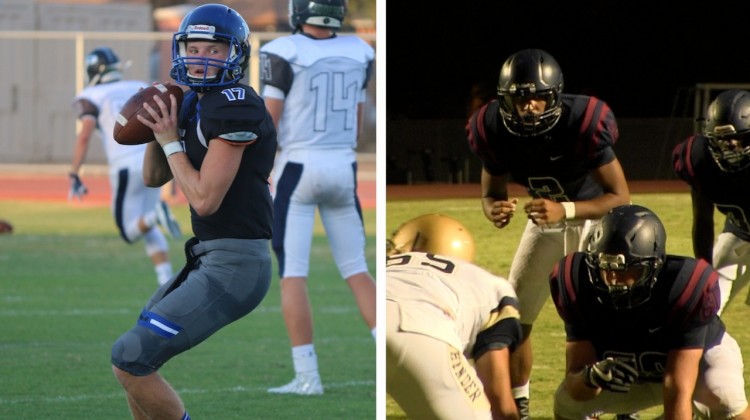 Unbeaten Perry vs Chandler this Friday, who wins?
Wherever I go around the SE Valley circles, that is the question that gets asked. Last Friday night I was storming a sideline at Casteel and had several people open the conversation with “Who wins next Friday night between Perry and Chandler?”
Not to downplay this Fridays game at all. It’s great that these two schools are going to get together on the football field. I am willing to bet that there will be a rematch in November that will have much more meaning than the first weekend in October.
This Friday is a bigger game for the Pumas than it is for the Wolves in my opinion. I am certain coaches will deny this, but it’s the truth. Perry got run over by Chandler in the State playoff semifinals last November 62-20. It wasn’t a game. Gotta send a message after getting smacked in the mouth in 2016.
Perry has played very good football through the first half of the regular season, rolling up 50 points or more in five of their six games. Chandler has lost to Mountain Pointe by 3 and IMG Academy by 13.
It’s too bad that this game is being played during the Fall break. Nothing quite like having two student sections off the hook during the week. I am guessing that there will be plenty of time for that in November.