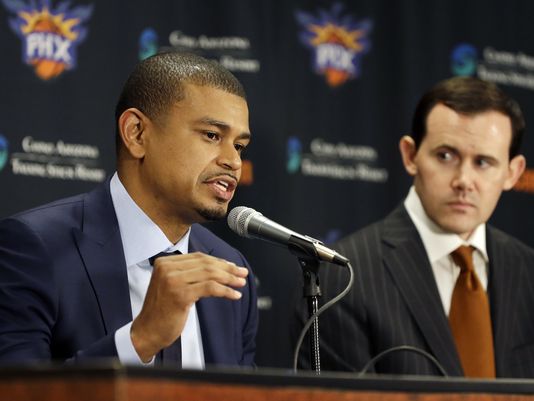 Just three games in to the 2017-18 season the Phoenix Suns have fired head coach Earl Watson.

Various reports say owner Robert Sarver met with Watson on Sunday, although the details of the conversation are unclear at this time.

Assistant coach Jay Triano was named the interim head coach replacement for Watson on Sunday night through a release from the team.

While expectations were low entering the season, it became apparent during the first week of the season it could be spiraling out of control quickly. The Suns have stayed committed to #TheTimeline, focusing on their continued youth movement which hasn’t set well with some players.

I Dont wanna be here

Last year Bledsoe was one of three veterans, Tyson Chandler and Brandon Knight being the others, who were shut down after the All-Star break as the Suns continued to focus on playing their younger players.

This year the Suns have started 0-3, including a pair of ugly lopsided losses to Portland (124-76) in the season opener and Saturday night in Los Angeles against the Clippers (130-88). The 48-point loss to the Blazers marked the worst setback in franchise’s 50-year history.

The 13-year NBA veteran Watson, who was first an assistant on former head coach Jeff Hornacek’s staff,  was 33-85 as both the interim and eventual head coach.