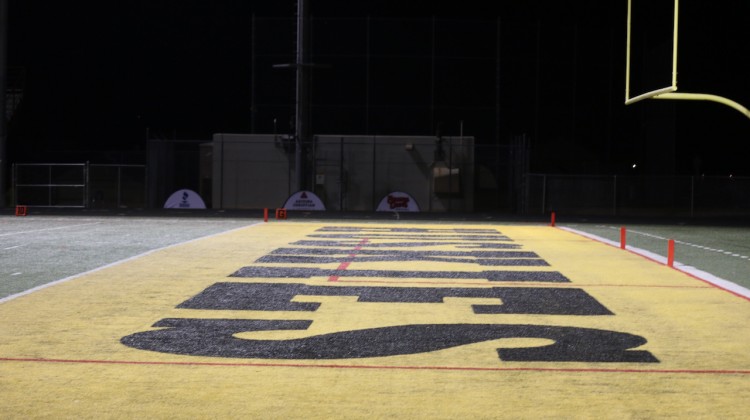 Halloween weekend means many things. Great costumes by yours truly, candy, and the brackets being released for the high school football playoffs.

I was able to chat with quite a few coaches at Famous Dave’s this morning, where the brackets were released, and there are a lot of really good matchups this next weekend and some icredibly talented teams.

Here are a few storylines that jump out to me in the 5A and 6A divisions:

There will be a time where I, and most of my fellow Sports360AZ counterparts make our predictions for the postseason, but that will come later. However, as I’m looking at 6A, I see #3 Chandler as the best team on that bracket. I thought that at the beginning of the year and I think that now. The only hiccups they experienced were injuries, and guess what? They’re all healthy. There are teams in this division who have ultra-talented sides of the football, but I don’t see a mixture of talent on offense and defense than that of the Wolves.

A lot of these playmakers on this team also were key contributors on last year’s state championship team. They have the talent, the depth and the experience, but they still have to go out and prove it. If they aren’t on their game on one of the next four Friday nights, there are plenty of teams that would love to take them out.

My feet still hurt from running up and down the sidelines at last week’s 65-63 shootout between Perry and Hamilton (my life is really hard, guys). As we see the bottom of the 6A bracket shake out, Perry and Hamilton could be on a collision course for another matchup in the quarterfinals. The Pumas averaged 56.4 points per game and the Huskies were at 43.1, and each have plenty of options whether it’s through the air or on the ground.

There’s a reason I am writing about the Pride late in this section. They have very quietly maneuvered their way to the top seed in 6A. When the spread offense becomes more and more prevalent in high school football, the Pride stick to their plan of getting the ball to their Pride of running backs and mobile quarterback Nick Wallerstedt, physically punishing opponents in the trenches and wearing them down to dominate the time of possession. Jakim McKinney and Gary Bragg have been dynamic in the running game. On the defensive line is Shomari Hayes and Kenneth Lofton, who reminds me of a smaller version of Tyler Johnson. Kenny Churchwell, Delano Selgado and Marshawn Gibson are just a few of the ballhawks in this secondary.

When playing pool basketball, some use their athletic ability, some try to be shifty and splash their opponents. Mountain Pointe is the team that will dunk you underwater and weigh you down until you remember that maybe the better way to spend the afternoon by the pool is to sit on the side and go to town on some Otter Pops.

Red Mountain were the Cinderellas last year. As a 13-seed, they made it to the 6A state semifinals and had #1 Mountain Pointe on the ropes till the very end. Now, Highland is an eight-seed, but I think they could make a similar run. Brock Farrel has done a tremendous job this year, but it’s not going to be easy. Let’s start off with their opening round game against Desert Mountain. This offense is a handful between Kedon Slovis and Josh Walker, who is one of the best receivers in the state. If they can get past them, they would presumably play Mountain Pointe, who beat the Hawks 14-13 this year in a grind ’em out game. This was an ugly game, and Highland will need to do exactly that if it happens and if they want to be successful. Kohner Cullimore is a junior running back who makes plays in the rushing and passing game.

The Bobcats earning the top spot in 5A means more than most years because of how competitive this division has been all year. Jamarye Joiner is one of the best athletes in this state and has been incredibly consistent with 19 passing touchdowns and four 100-yard rushing games. Terrell Hayward continues to be one of the best up and coming players in Arizona and is Joiner’s favorite target. Defensively, the Bobcats have combined for 15 interceptions.

Notre Dame Prep is experienced, pissed off they couldn’t play in the playoffs last year, and very, very talented. Some of the same can be said for Desert Edge, who has a ton of experience up front, on the defense and in the backfield. This game went to overtime Week 1, with Notre Dame pulling out the 27-21 victory, only their 28-23 over Chaparral was a closer game this year. Jake Smith has emerged as one of the best playmakers in the state, and paired with Cole Fisher, these two make for an incredible tandem in the backfield and their defense might be the deepest Arizona. This game is sure to be a great rematch and one of the best match ups in the opening round.

The Fisher King: NDP Senior Doing It All

The Liberty Lions can grind out football games. I saw first hand what they can do when they beat the then-top seeded Centennial Coyotes in late-game fashion. Their defense is the real deal – Ryan Puskas, Braxten Croteau, John Clark, the list goes on and on. Ryan Bendle is a slippery quarterback who makes incredible accurate passes while on the run and off-balance. Centennial had them all but beat multiple times, but the Lions were able to recover a fumble and take advantage when a penalty extended a drive. That’s what good teams do – take advantage of opponent’s mistakes and make them pay. Liberty is a very good team that could make some noise in the next month.

It’s not just Cienega that could make noise as a Tucson school in this division. Marana lost to a very good Ironwood Ridge and the Bobcats by a combined 14 points. Trenton Bourget is one of the best quarterbacks that not enough peopel are talking about. Senior receiver Teon Simmons has brought in 16 touchdowns on 27 catches and Zach Roberts makes plays on both sides of the ball for the Tigers.

The Nighthawks are similarly battle-tested. Three losses by a combined 13 points, including a one-point loss to Cienega. Nick Brahler is the workhorse for this team with close to 1,500 yards and Noah Pallanes has four interceptions defensively.

Marana takes on a very good Verrado team in the opening round and Ironwood Ridge hosts a tough Apollo sqaud who is giving up 16.5 points per game.

There will be plenty of tough games to pick as we navigate through the 5A bracket, but perhaps the toughest first round matchup to pick will be Chaparral and Williams Field. These teams have seen a lot of each other in the past few years. In my mind, Chaparral’s most complete win this year was over the Black Hawks in Jack Miller’s 33-7 debut. Since then, Williams Field has gone 5-0 and outscoring opponents 197-59. The narrative all year with Chaparral is an uber-talented but a young group. They have no shortage of athletes, specifically on the offense and wide receiver Tommy Christakos is a matchup problem at wide receiver and a very good kicker. The Firebird offensive line will need to be up to the challenge against Williams Field and presumably Centennial if both advance to the next round. The Chaparral offensive line didn’t give up a sack last time they played the Black Hawks.

Despite Centennial’s loss to Liberty in Week 10, I still think the Coyotes are the top team in 5A. Sometimes a loss can help point out where a team needs to tighten things up. Much of Friday’s game was played at the pace of the Coyotes and a few costly mistakes put Liberty in a position to take advantage, and they did just that. The Coyotes still have the best running back in the state in Zidane Thomas, and a versatile playmaker out of the backfield in Alex Escobar. The secondary consists of Dominique Hampton and Jaydin Young, who are constantly making plays.  The talent, experience and coaching of Centennial has me thinking they are going to hammer some points home this week in practice to make sure they are ready to go now that the records are wiped clean.

There will be continued coverage, predictions and analysis at Sports360AZ, whether it’s Eric’s Zone Read, the #FridayNight360AZ Preview Show or AZ Audibles. I will give my reactions to divisions 2A, 3A and 4A tomorrow.

For now, let the debate and overthinking begin. 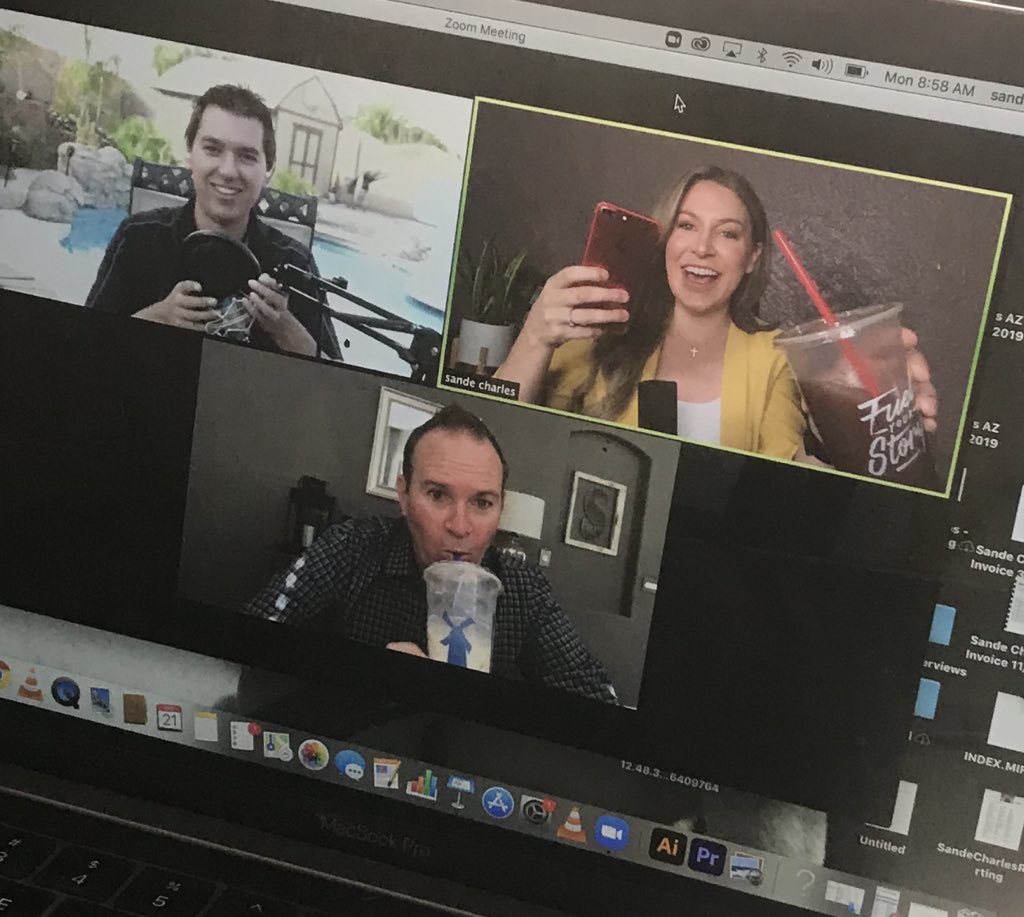 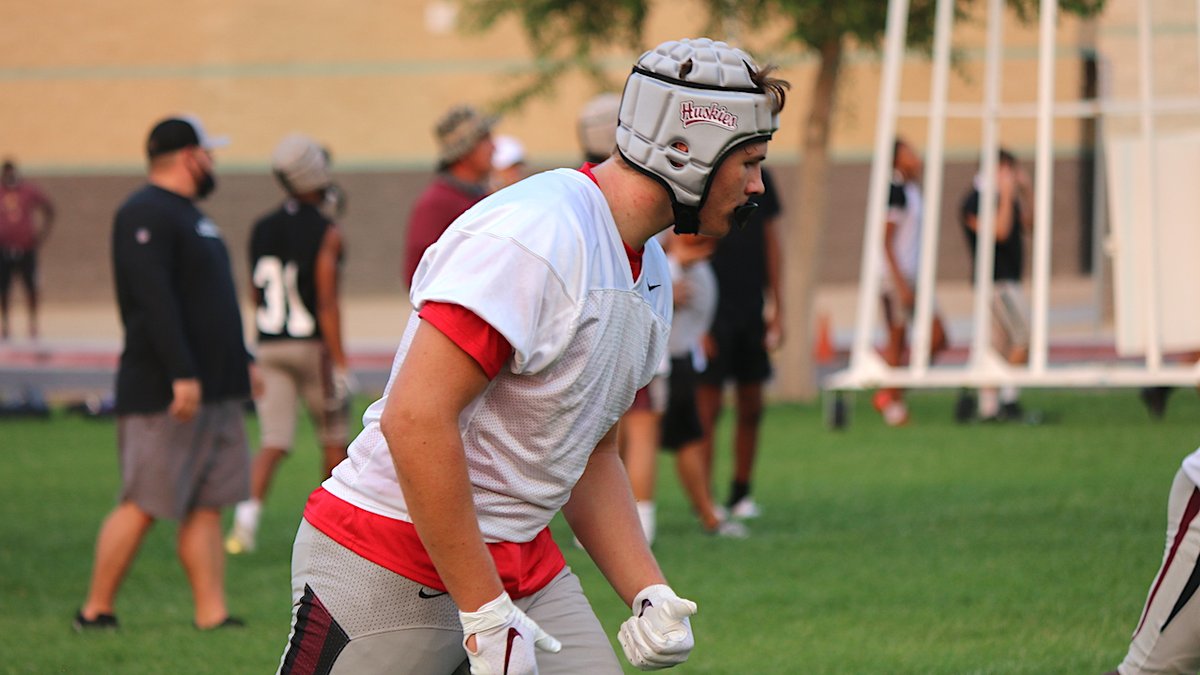