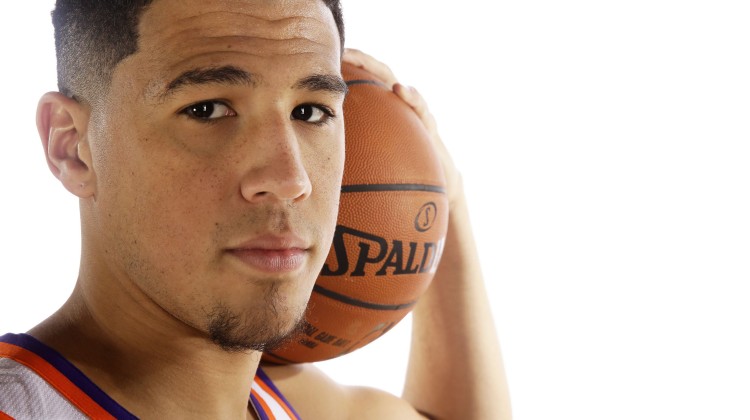 If some Phoenix Suns fans were running NBC in the early 1990s Seinfeld never would have become a hit.

Stay with me here. Seinfeld wasn’t a hit out of the gates. Its pilot episode was the worst rated by test audiences in NBC history at the time and the ratings for the first three seasons left more than a few things to be desired. With a young and relatively unknown cast with no star power, it was a show that seemed to be destined to be canceled.

#TheTimeline Suns are very much like Seinfeld in those first few seasons. They’re young, unproven, lacking star power and their performance is expected to leave more than a little left to be desired.

The question is, will Suns fans, and more importantly, the front office be patient enough to find out what they have on their hands? Will they find out if this young core can developed into a championship caliber team the way the Seinfeld Chronicles —the show’s original name— transformed into the greatest sitcom of all-time despite a slow start? There are no guarantees. This potential filled group could just as easily become The Single Guy to the NBA’s Must See TV Thursday Night lineup, but what’s really the alternative right now for the Suns and their fans?

For years the franchise has treaded water trying to land whatever cast of a pseudo-star was available in free agency or trades. The Lance Blanks era was full of this. Where did it get the Suns? Nowhere other than talk of competing for an eight seed and disappointment in the end. Caught in no man’s land, not good enough to make the playoffs and not bad enough to get a decent pick. Sure, it provided many great Michael Beasley stories, the drama of Robert Sarver signing Goran Dragic in a parking garage while the aforementioned Blanks pined after Raymond Felton, Eric Gordon’s heart being in Phoenix while his max paycheck was coming from New Orleans and Sebastian Telfair fighting Jermaine O’Neal on a team bus in Brooklyn but it didn’t bring wins or a foundation for long term success.

It’s true, these current Suns won’t stack up the win total this season the way Jerry had girlfriends in Seinfeld, but Devin Booker, Josh Jackson, TJ Warren, the future draft picks and the other young guys are more than enough to build a foundation for success moving forward.

This year isn’t going to be easy to watch. Neither was the first season of Seinfeld but as the show about nothing taught us, sometimes you just need time to build chemistry and a winning formula and the rest is yada… yada … yada.