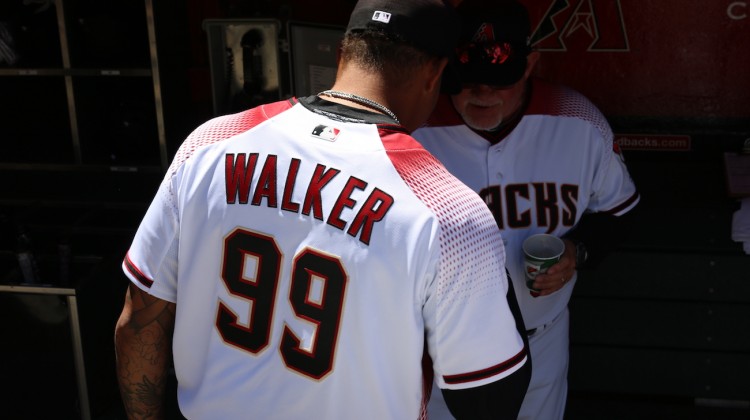 Some might think the Diamondbacks are a little hamstrung at the starter spots for this National League Division Series. They had to use Zack Greinke and Robbie Ray in Wednesday’s win just to get to this round.

They are in a really good position if it goes according to Torey Lovullo’s plan.

Taijuan Walker Gets The Nod

Taijuan Walker will be the Game 1 starter, and the first-year Diamondback has had success against the Dodgers.

In three starts, the first-year Diamondback has two wins with a 3.24 ERA with 17 strikeouts in 16.2 innings. The Dodgers are hitting .238 against him. He has been especially effective at Dodger Stadium, posting a 1.64 DRA in two starts.

Lovullo went on to say that if Robbie Ray was up to it, he could start Game 2 for the D-Backs.

The Dodgers have seen a lot of Ray. That doesn’t mean they’ve hit him.

In five starts against the National League West winner, he is sporting a 3-0 record with 31.2 innings and 53 strikeouts on a 2.27 ERA. In his starts in August and September, Ray has thrown 41.2 innings with a 2.12 ERA.

That could conceivably leave Zack Greinke to start Game 3 in Arizona, where he sports nearly a run better ERA and a 13-1 record. Greinke is coming off his shortest start of his season with 3.2 innings. His previous two starts were four innings each.

On the Dodgers side, Clayton Kershaw will throw Game 1, Rich Hill is slated to be the Game 2 starter and Yu Darvish will take the hill in Game 3. Kershaw has been flat-out dominant against the Snakes, posting a .59 ERA against Arizona.

Hill was knocked around by the Diamondbacks this year, giving up 11 earned runs in 19.2 innings. Darvish, who was a midseason acquisition for the Dodgers, only made one start against the D-backs, throwing five innings, giving up two runs and striking out ten.

The Diamondbacks and Dodgers kick off the NLDS at Dodger Stadium at 7:30 p.m..