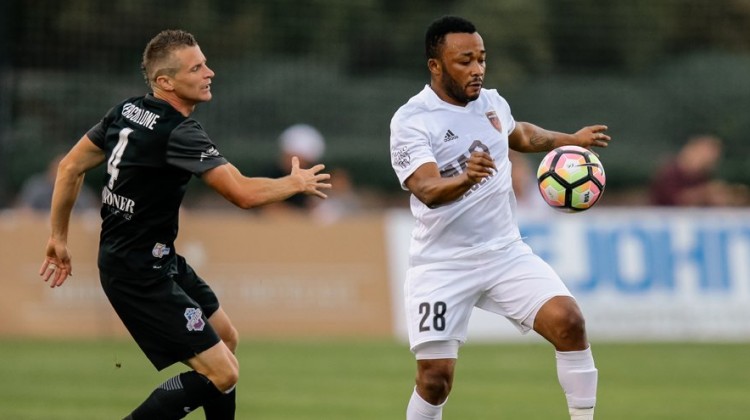 Phoenix Rising FC midfielder, and late substitute, A.J. Gray made the most of his limited minutes, notching the game-winning goal in a 2-1 win over Colorado Springs Switchbacks FC. The win pushes Phoenix Rising to seventh-place in the Western Conference with 37 points. The win also sets a club record for most points earned in a season (the previous mark was 34 points set last season).

Gray was a 75th-minute sub for Shaun Wright-Phillips when Rising FC (10-7-7) was holding onto a slim 1-0 lead. But less than ten minutes after Gray came into the match, Colorado Springs’ Akwafei Ajeakwa scored an equalizer to make it 1-1. Just three minutes after the game-tying goal, Gray made his mark on the match

In the 86th minute, Phoenix Rising was on the attack. Amadou Dia sent a high-arcing ball into the box toward Jason Johnson. The club’s leading goalscorer managed to head the ball back toward Gray. After taking a couple of step toward the box, Gray fired a shot that curled inside the far left post to make it 2-1.

Dia notched the match’s first goal of the evening in the 50th minute. After beating his defender on the left side, Dia ran toward the net from the left flank. Despite the challenging angle, Dia fired a shot toward the net and beat the goalkeeper to the near left side for a 1-0 lead over Switchbacks FC (9-11-2).