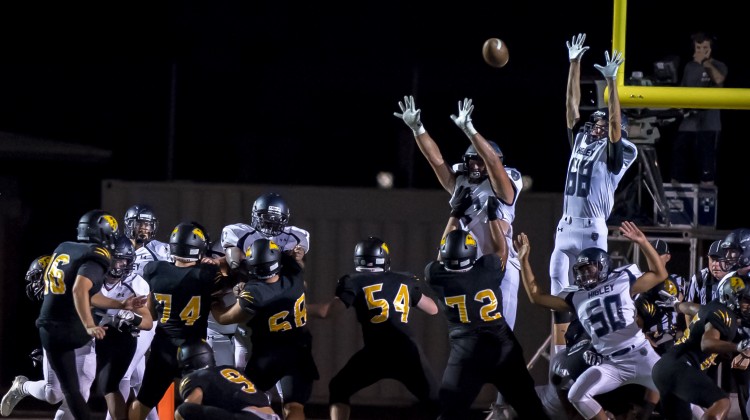 * Juwan Price – Peoria – Kick off returns for TDs are not that common, you rarely see two taken back in one game by the same player. Price took two to the house, from 90 and 88 yards, respectively.

Team of the Week

* Mountain Pointe – The Pride bounced back from their out of state loss and beat #1 ranked Chandler.

Coach of the Week

* Perry’s Brock Purdy threw three TDs, ran for one and caught one more against O’Connor.

* Ryan Greene from Prescott ran for 154 yards and three TDs and passed for 170 yards and a TD against Cactus Shadows.

* Jawhar Jordan from Hamilton ran for 254 yards and three TDs against Desert Ridge.

* Bijan Robinson from Salpointe ran for 209 yards and two TDs against Tucson.

* Ja’Tai Jenkins from Verrado ran for 248 yards against Williams Field.

* CDO’s Elijah Carey ran for 229 yards and made 12 tackles against Ironwood Ridge.

*Damaria Norris from Cactus ran for 251 yards and three TDs against Mingus.

* Jake Smith from Notre Dame had 277 yards and four TDs against St. Mary’s.

* Shout out to the Peoria kickoff return team. They took three KOs to the house against Marcos.