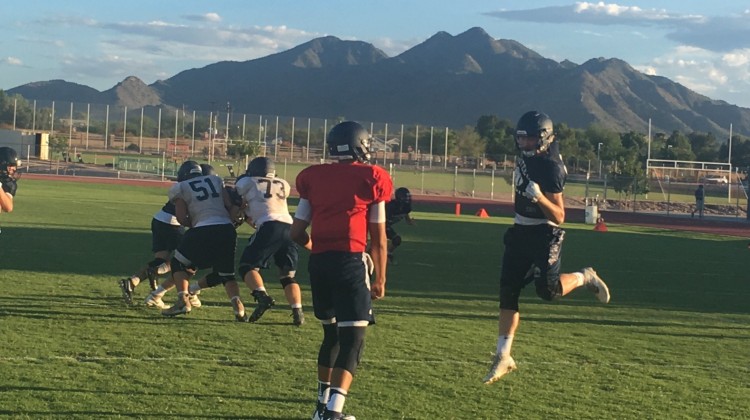 High School Football season in Arizona starts in just a few weeks. Scrimmages between schools are starting up. Friday night, Sports360az.com dropped in on Casteel football in the far east valley. The Colts are led by second year head coach Spencer Stowers. They open up the regular season on August 18th at home against Globe. There are strong rumblings that the Colts will move up from 3A to 5A in 2018. There are several talented players on the Casteel roster who are receiving college recruiting attention. Here’s some photos from their Navy/Gold scrimmage.