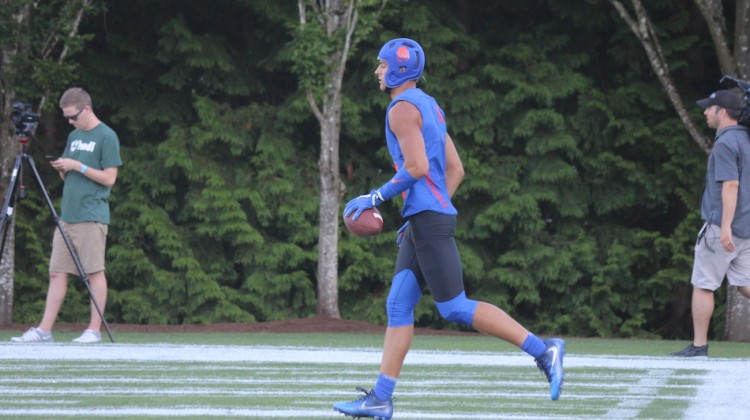 Chandler wide receiver Gunner Romney was one of the most consistent receivers in the state and a catalyst in one of Arizona’s most explosive offenses.

He is going to wear a slightly darker shade of blue when he heads off to college.

Romney, a three-star recruit, committed to BYU on Saturday.

The newest BYU commit is coming off an impressive performance at The Opening Finals. He was one of the last players to earn an invite after winning the wide receiver MVP at the Oakland regional of The Opening and then winning the same honors at the Elite 11 Finals.

While he may have been a relative unknown by national analysts coming into the finals, walked away catching the attention of scouts and media in attendance and found himself on multiple top performer lists.

While at The Opening Finals, Romney told Sports360AZ that BYU and Utah were the two programs sticking out to him and a commitment could come soon (exactly two weeks). Romney said he was very comfortable with the BYU coaching staff and had uncles and cousins play for the Cougars in the past.