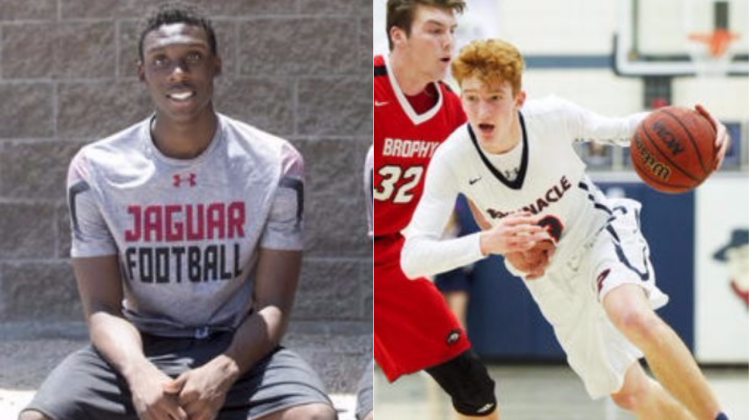 Two of the top 2020 basketball players in the state were invited to the 2017 USA Men’s U16 National Team training camp.

Desert Ridge’s Jason Harris and Pinnacle’s Nico Mannion were among a group of eight to earn invitations on Wednesday with the Team USA camp now totaling 32 players.

Jason Harris is already one of the top football players in the 2020 class, holding offers from Arizona, where his older brother, Jalen, is signed on to play, and father, Sean, who played there from 1991-94, Illinois, Oklahoma, Oregon State and UCLA. He received his first basketball offer from Nevada last week and averaged 12.5 points and 6.6 rebounds per game his freshman year.

Nico Mannion is an Instagram phenom who fascinates college coaches—but he’s not quite a sure thing https://t.co/avf6d1UHDS pic.twitter.com/94Xi9ovCFS

Mannion, like Harris, has athletic bloodlines as his father, Pace, spent six years in the NBA and 13 seasons in Italy.

“These players we invited have done very well this spring and over the past year on their high school teams,” said Team USA U16 National Team head coach Don Showalter, who has coached USA U16/U17 national teams to eight-straight gold medals since 2009. said in a press release. “We felt they would fit in really well with what we’re looking at. They can play different positions. They’re really good defenders. We’re always looking for great defenders on our team. Each one of these players will bring something new to the table, and they’ll compete for a spot on the team.”

The camp will kick off June 1st at the U.S. Olympic Training Center in Colorado Springs. The camp will be provide an opportunity for these players to make Team USA for the 2017 FIBA Americas U16 Championship for Men from June 14-18.