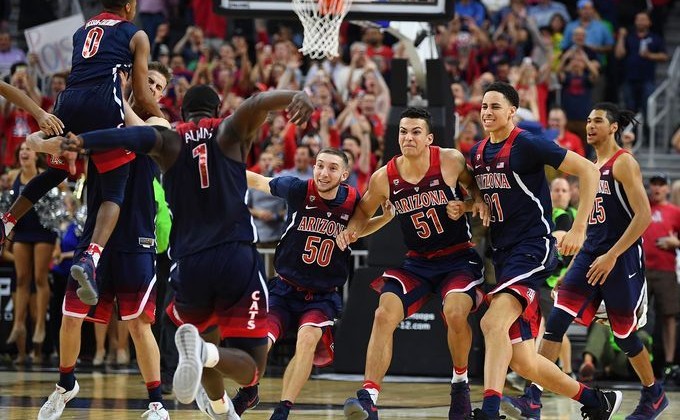 May 16 is a date half of the NBA’s teams have been anticipating for quite some time. A few of those teams have even been awaiting it since the beginning of last season because of its’ importance.

The draft lottery, an evening where ping pong balls will decide the fate of the league’s non-playoff franchises as it will determine where each team will pick in the upcoming NBA Draft on June 22. Furthermore, the draft lottery is make-or-break for some teams because its’ results may be the difference between being able to draft a franchise player versus having to settle for someone else.

The Phoenix Suns ended the 2016-17 season with the second-worst record and have a 19.9 percent chance of securing the No. 1 overall pick, according to Tankathon.com. However, the Boston Celtics have the highest odds of receiving the top overall pick because they have Brooklyn’s first-round draft pick and the Nets finished with the worst record in the league.

“I think most people thing Markelle Fultz will probably be the number one pick and then you have a couple guys after that, including Lonzo Ball from UCLA, Josh Jackson from Kansas and Jayson Tatum from Duke that are kind of in that next group after Fultz,” said SportsNet New York Basketball Insider Adam Zagoria to Sports360AZ.com’s Brad Cesmat in a recent interview.

Assuming Fultz is off the board when the Suns pick, the next option may be Ball, a dynamic point guard who stole the show for the Bruins this past season. But when talking about Ball, the conversation doesn’t stop with Lonzo.

There comes a time when we separate ourselves from our parents and become our own people. Now’s that time for Lonzo. https://t.co/ylmDIfuZcV

LaVar Ball, Lonzo’s father, has garnered a lot of attention for hyping up his son. LaVar has also made it clear that he wants Lonzo to play for the Los Angeles Lakers, which Zagoria said could leave the Suns with many options if the Lakers were to receive the first pick and draft Ball.

“There’s a lot of layers to that story and I think it’ll be interesting to see as Lonzo gets into the NBA, as he kind of separates himself from his dad,” Zagoria said. “He’s been a pretty quiet, shy kid and the father’s been with Stephen A. Smith on ESPN talking it up and doing all the talking.

“It’ll kind of be interesting to see if Lonzo steps out of his father’s shadow at some point once he gets the NBA money and does his own thing. Right now, the dad is kind of running the show.”

Final Take: @stephenasmith wants LaVar Ball to take a step back and not try to live vicariously through his sons. https://t.co/6r0MoI7IFR

Final Take: @stephenasmith wants LaVar Ball to take a step back and not try to live vicariously through his sons. https://t.co/6r0MoI7IFR

Down in Tucson, the Arizona Wildcats are set to add more NBA Draft picks to their program total. The NBA Combine is currently taking place and ends on May 15, and Zagoria said a number of Wildcats will be relying on their performance in Chicago to improve their respective draft stocks.

Rawle Alkins is a 6-foot-5 guard from Brooklyn, New York, and Zagoria said Alkins is often compared to Indiana Pacers guard/forward Lance Stephenson. Alkins has already worked out for the Oklahoma City Thunder, according to Zagoria. Teams like the Cavs and Heat are also looking into him.

Zagoria said former Arizona center Chance Comanche’s draft placement will rely on his performance at the Combine and in workouts.  Additionally, Zagoria described guard Kadeem Allen as a player whose path to the NBA may need to be through free agency and the NBA Summer League. Kobi Simmons, a 6-foot-5 guard, is a projected No. 55 pick by DraftExpress.

But the shining star in this year’s group of Wildcats is Lauri Markkanen, a versatile 7-foot power forward who has an uncanny shooting ability for his size.

“I talked to one scout earlier this year who said Lauri Markkanen might be the best player in the draft,” Zagoria said. “I think because he played on the West Coast in Arizona, maybe not as many people saw him as much as they saw other guys.”

While those players are preparing for the draft and Arizona head coach Sean Miller tries to reload, Arizona State head coach Bobby Hurley has been active on the transfer market. Hurley recently received a commitment from Kansas transfer power forward Carlton Bragg, a former McDonald’s All-American in high school.

“Frankly, he’s taken on some guys who are a little risky and have a little history to them in order to win,” Zagoria said of Hurley. “Guys like Torian Graham, who was on the roster this past season, and Carlton Bragg who had his issues at Kansas. I’m sure Bobby believes in giving guys a second chance, that a new environment will allow them to start over.

“But the fact is that some of these guys are coming in with histories and will have to be good citizens as well as good players there.”