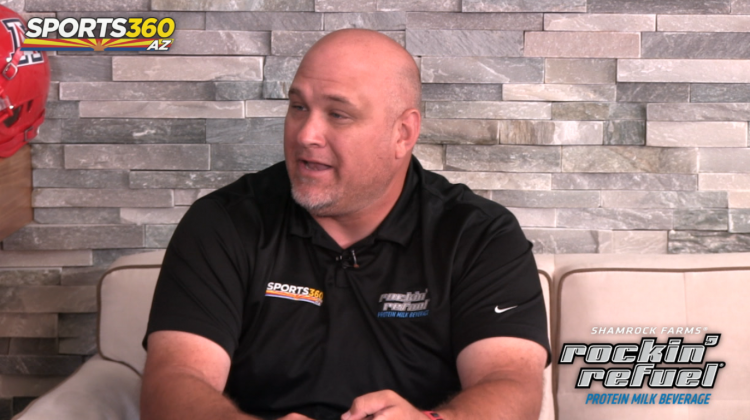 There is so much more to high school and college football recruiting than listing the schools that a player is considering. I get calls and notes from parents asking about the ins and outs, dos and don’ts when it comes to getting noticed and offers by colleges.

Not just in football, but all sports.

Every player out on the field, diamond, court, circle, pool, and pitch that is in high school has a chance to keep on playing after 12th grade. It comes down to grades, desire of the player and the realistic view of the parents (usually the biggest challenge).

In this day and age of social media, more and more players are listing their schools and offers, so doing recruiting content only off of school interest doesn’t do much for me. What I believe is most important to the fans of high school and college football is having a trusted, credible, measured voice to give context to WHY the WR is being recruiting by a Pac-12/SEC/BIG 10 school, or a QB being offered by a NAIA program.

Jason Jewell is that voice in Arizona.

I first met Jason when I was doing the local TV thing. I remember being at a game at Desert Ridge High School and seeing this big man in the end zone talking to coach after coach from colleges who were there to look at players. There were parents who were asking him to come over to the fence to chat. Lots of people wanted his time.
I invited Jason to come down to the TV studio and drop knowledge about players. He was really sharp about each kid as a person, not just rattling off a bunch of schools like a carnival barker.

The interest in recruiting content on Sports360AZ has continued to grow, just like our company. Jason’s appearance with Jordan Hamm on the Rockin Refuel Recruiting Roundup has become destination viewing online and on our FOX Sports Arizona TV Show.

Jason came to me awhile back and wanted to expand his role to include chat boards about recruiting.

While the boards can be a place for bitter parents, coaches and others arguing over a kid or crushing a coach, Jason has a much, much deeper appreciation and connection with Arizona high schools than most anyone else. His respected approach is the reason why coaches and players give him access and “heads up.” That knowledge and appreciation will be apparent in his discussion posts.

You can find Jason’s inside information in the upper right corner on the Sports360az.com home page, you’ll find a navigation button that says “Forum”. Click on it and you’ll see that Jason has created some boards for his content and you can join in on the conversation.

We are thrilled that he continues to be a big part of our team!