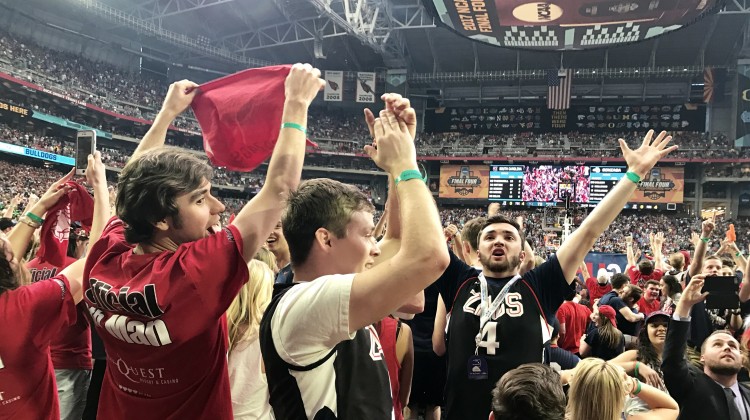 Gonzaga and South Carolina squared off in each of their first Final Four’s in program history. University of Stadium was rocking hosting its first Final Four and proved to be a unique environment for the game on its biggest stage.

In the end it was Gonzaga knocking off South Carolina, 77-73 to advance to the National Championship on Monday. Here’s what we learned:

Williams-Goss is Boss: What a game changing grad transfer Nigel Williams-Goss has turned out to be for Gonzaga. The former Washington point guard has had a spectacular season and it was on full display in every facet of the game on Saturday against South Carolina. Aside from the fact that he shot he shot 9-16 from the field finishing with 23 points. He was making things happen for his teammates by moving the ball, creating for others and playing really solid defense. Guard play leads to championships in this tournament and Williams-Goss could be the latest chapter of that notion for the Bulldogs come Monday.

“The journey we’ve been on has been unreal,” said Williams-Goss after the game. “We’ve had the utmost confidence in ourselves all season long.”

Top Defenses?: Gonzaga and South Carolina both had made their marks in the NCAA Tournament to this point with incredible defense. Gonzaga in particular struggled offensively until they met Xavier in the Elite Eight and it was their defense that really paved to way. But on Saturday, both teams came out blazing hot on offense. Gonzaga shot just under 70 percent from the floor in the first ten minutes and would shot 58 percent in the first half.

Despite their leading scorer Sindarious Thrownwell just making one field goal in the first half, South Carolina kept pace with the Zags offensively by making threes, getting to the foul line and capitalizing off of turnovers. Both teams were active around the rim however with a flurry of blocked shots throughout the game.

The Run of all runs: When all seemed lost for the Gamecocks, this tough, gritty Frank Martin-coached bunch put together an incredible 16-0 run starting at the 10:30 mark of the second half. Chris Silva’s defense and rim protecting was huge and Thrornwell started to get going. It put the Gamecocks up 67-65 and Gonzaga on their heels. In that stretch, Gonzaga missed 6 shots in a row and went 0-6 until Collins hit a 3 at the 6:30 mark to stop the bleeding.

Spreading the love: What made Gonzaga’s offense so efficient in the game? The fact that so many players got in on the action. In the first half, five Gonzaga players had at least six points in the game. The game ended with eight different players scoring and four finishing in double figures. The biggest contribution off the bench came from Zach Collins who finished with a double-double, 14 pounts, 13 rebounds and six blocks. The six blocks were a career high.

“My career high is seven but six is pretty good I guess,” joked Przemek Karnowski after the game.

With the Win: The Bulldogs are headed to their first National Championship game in school history. The last team to win a national title in their first appearance in the game was UConn back in 1999.

“The story with these guys, it really is and has been under talked about how they have come together,” stated Mark Few after the game. “We had eight, nine guys that were new to the team back in September…From the jump, they came together…It’s been great stuff.”