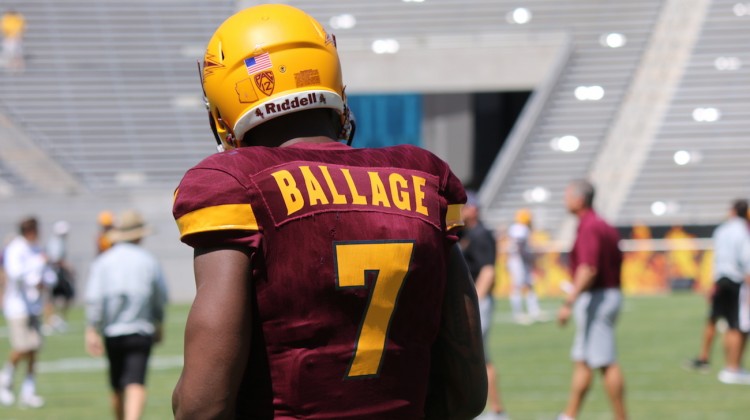 With the NFL Draft set to start a few hours from now, there’s been little rumblings surrounding where the Wildcats and Sun Devils who’ve submitted their names for this year’s draft will end up.

Probably because between both Arizona and Arizona State, there’s only one player that will assuredly be selected at this year’s draft: former Sun Devil kicker Zane Gonzalez, who finished his career as the highest-scoring kicker in NCAA history. That’s not to say there won’t be other players from either school who will hear their name called; it’s just not a guarantee this year like it was in previous seasons; there’s no Jaelen Strong or Ka’Deem Carey this time around.

However, with that said, if you’re confused as to why the Grand Canyon State won’t bear any significant representation at this year’s selection show, anticipation of next year’s crop can stave fans over through the relative drought (the last time neither school had a player selected was 2013). Below, we look at both school’s prospects whom appear to be surefire picks next year.

Ranking via NFLDraftScout.com, an entity of CBSSports.com. Only players ranked from either school in the top 25 for their respective positions are included below.

Ballage is already on the radar of NFL draftniks and pundits. Boasting the physique of a linebacker at 6-foot-3, 230 pounds, with elite speed said to be clocked in the high 4.30’s, Ballage has the potential to be a special player. He’s as effective as a power back as he is rushing the ball off-tackle, and demonstrated he’s a capable receiving option out of the backfield, too.

Ballage considered entering this year’s draft, before ultimately deciding on returning for his senior year following a breakout junior campaign during which he tied the NCAA single-game record for touchdowns scored.

If Ballage continues to build off his 2016 campaign, he’ll be in prime position to headline next year’s running back group.

Richard’s junior year was diminished by injury, but throughout the spring, he looks in top shape to bounce back for his final year at ASU. The 5-foot-10, 210-pound tailback is a bruiser — his powerful frame allows him to run over defenders and earn yards after contact. But Richard has also proven himself a serviceable receiving option during his career too, and when he’s in space is a problem for secondary defenders to take down.

Demario Richard slips through the attempted tackle to pick up nice yards pic.twitter.com/G9uONzfgwp

A candidate to top the century mark on the ground, Richard is likely to be one of the top running backs considered in the 2018 draft.

After a breakout first year at ASU, Crump has asserted himself as a force as an EDGE rusher at the Division I level. Another junior college transfer bullseye by Sun Devils head coach Todd Graham & Co., Crump, who stands at 6-foot-3 and 220 pounds, displayed impressive athleticism in 2016, racking up nine sacks while demonstrating a knack for coming up with clutch hustle plays throughout the year.

While his frame suggests his future could be elsewhere at the next level — perhaps strong safety — Crump’s athleticism alone makes him a viable option for NFL teams entering next year.

Wilson is a 5-foot-10, 210-pound sparkplug who possesses a good combination of size, speed and agility. He burst onto the Pac-12 scope with an outstanding freshman season by tallying over 1,000 yards, but production simmered down his sophomore year before being ultimately halted after just five games last year because of a knee injury.

A strong senior campaign could catapult him further up the list, but for now, he’ll comfortably crack the top-10 tailback prospects heading into the 2017-18 season.