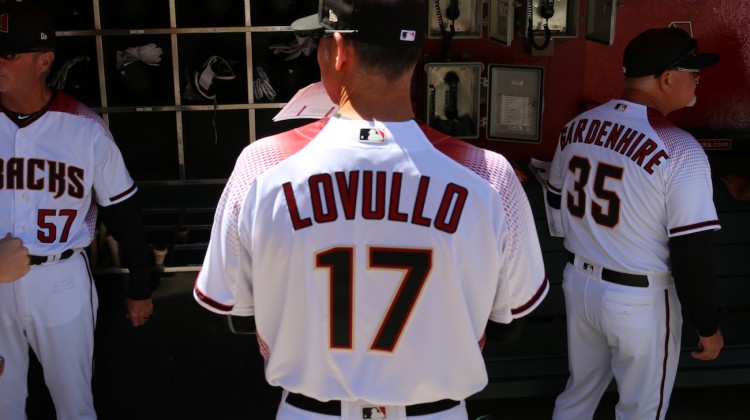 The Arizona Diamondbacks are far from a finished product but nobody in the Valley is complaining considering the alternative the D-backs’ fans have endured the past handful of summers. Much of the success can be attributed to first-year manager Torey Lovullo who has instilled a different mindset for a team desperately in search of an identity after losing 93 games in 2016.

After a 4-6 road trip which ended with a series loss to the Padres, Arizona sits just a half-game behind front-running Colorado in the National League West. No smoke and mirrors or funny gimmicks, just entertaining, mostly well-played baseball.

“I think Torey Lovullo, his new coaching staff, his philosophy-I think that has really bled over into the clubhouse,” ESPN baseball insider Pedro Gomez told Sports360AZ.com’s Brad Cesmat in a recent phone interview. “You’re seeing the positive aspects of what a manager can do.”

What’s even more encouraging is All-Star first baseman Paul Goldschmidt is hitting just .254 entering Sunday’s game against the Dodgers at Chase Field. “Goldie” has 10 runs batter in through the first 19 games.

Mentally, the D-backs appear sharper. They lead all of baseball in hitting and have an MLB-high 103 runs scored despite scoring just one in back-to-back losses to the Padres on the just-completed west coast trip.

“A manager is not just somebody who writes up a lineup card, closes his door or at game time just stands at the other end of the dugout and decides, ‘let’s pull this guy,’” Gomez explained to Cesmat. “There’s more to managing than just the X’s and O’s.”

Despite the unexpected start, many inside baseball circles still wonder if this team is built to win late in the summer where past squads have wilted in the desert heat.

“It’s a very positive start, no doubt about it,” he said. “Torey Lovullo is definitely prepared for this and I think he is a big reason why they are off to this very good start.”