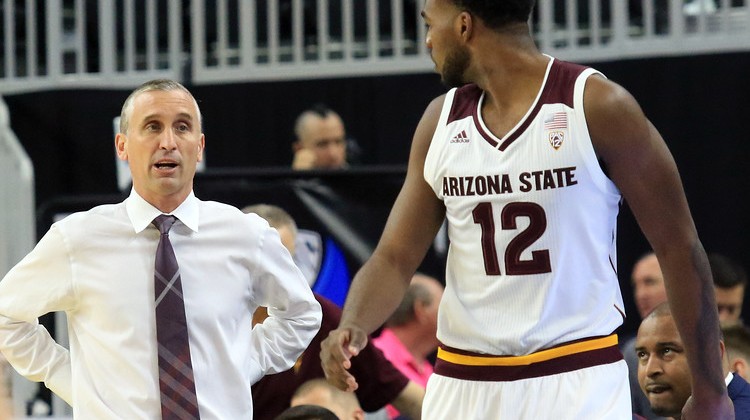 Bobby Hurley is doing the impossible. From my view he’s angling The Titanic. He’s turning the “mirage” that has been Arizona State basketball, into a budding program.

The question for Ray Anderson is, will he be able to keep Hurley in Tempe? Schools are GOING to be calling on the head coach. Jobs like LSU, North Carolina State, and Missouri are already open. Are they better opportunities than Arizona State? I would say ‘no.” However, at some point, some A.D. is going to pick up the phone and reach out, just like Anderson did when Hurley was at Buffalo.

Of the hires Anderson has made to this point of his tenure, none have been better than Hurley.

He doesn’t care or have time for discussion about what has happened in the past. He’s a coaches’ son, who has grown up around success. He can only see the feature.

Hurley probably should complain about Wells Fargo. It’s nothing special. It doesn’t help in recruiting. A home court should be a place of pride and a tool for recruiting.

He’s added Kansas to the 2017 schedule and is not afraid to go play anyone, anywhere, at anytime.

Most important to me is seeing his players get better on the court. The pieces to the puzzle aren’t all in place, but for the first time in many, many years I can see a program with direction.