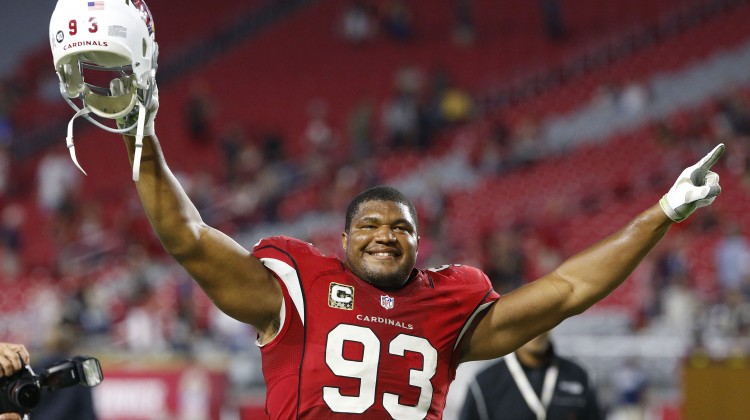 The Arizona Cardinals are well aware of this but it appears two key pieces, defensive tackle Calais Campbell and safety Tony Jefferson, will both be departing via free agency when the official shopping spree begins on Thursday afternoon.

azcentral Cards’ insider Kent Somers believes the asking price will be too steep for the pair as Steve Keim and crew try to prioritize their needs and most importantly, their price points.

So who will the Cardinals miss more of the two moving forward, assuming both of them leave as expected?

“I think Calais Campbell is the bigger loss,” Pro Football Focus lead NFL analyst Sam Monson said to Sports360AZ.com’s Brad Cesmat in a phone interview Monday morning. “He’s been the lynchpin in the middle of that defense. A huge guy [who] can play in any defensive front.”

Although Arizona has used him as a 3-4 end, he really plays the three-technique up front in defensive coordinator James Bettcher’s scheme.

Monson believes their likely approach to let Campbell walk has less to do with his production and more with his age. “CC” will turn 31 this summer.

With free agency right around the corner… I just want to thank God for being able to play the game I love! #ItWasOnlyJustADream

“He’s had career years the last couple seasons,” he explained. “I don’t think the team wanted to commit big, long-term money to the guy but I think he’s going to be a big loss to that defense and a huge addition to somebody else if they manage to snag him.”

Campbell could be the “jewel” of this free agent group among defensive lineman hitting the open market.

Although Jefferson is coming off a strong season, Monson thinks his value will be hurt by the fact teams don’t necessarily crave free safeties like they do play-making strong safeties like Seattle’s Earl Thomas who can drop in coverage and disguise in-game schemes.

It will be interesting to watch where both well-liked players land in the coming days.