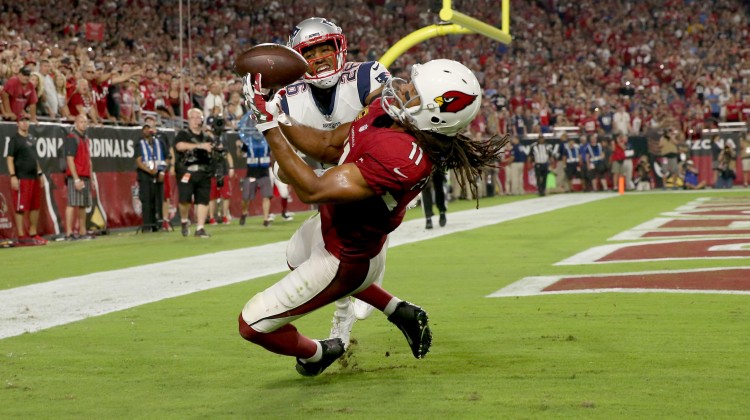 A turn of the calendar brings new optimism, especially after Larry Fitzgerald and Carson Palmer announced they’ll be back for another season.

“It’s tough to sustain success, especially with all the injuries along the offensive line,” SiriusXM NFL radio host and insider Ross Tucker told Sports360AZ.com’s Brad Cesmat in a recent phone interview. “But they were too good, too dominant in 2015 for me to not think that they have a chance [to bounce back].”

However, Tucker is quick to point out he’s not sure how many wins the Bird Gang will tally next fall. With free agency and the draft still on the horizon, roster shufflings and re-shapings can sometimes dictate the difference between a nine or 10-win team and one which tallies 12-13.

The interesting dynamic of last year’s 7-8-1 finish was the increase in production from second-year running back David Johnson and trade acquisition pass-rush specialist Chandler Jones.

If you’re looking for a step back from DJ in 2017, don’t expect it according to Tucker who heaps high praise on the modest, soft-spoken Iowa native.

“He’s number one for me,” he explained to Cesmat when asked where he’d rank Johnson among NFL running backs. “Other guys you’d mention, maybe Zeke Elliott or [LeSean] McCoy but for him to do what he did, week in and week out, with some of the struggles they had…it’s remarkably impressive.”

Who knows what the future holds for free-agents Calais Campbell, Tony Jefferson and others but it appears the Cards’ core foundation is in place moving forward.

I suppose the same could be said for the 2016 version.

The Cardinals are hoping 2017 doesn’t just bring new optimism, but more wins and place back in the playoffs, as well.