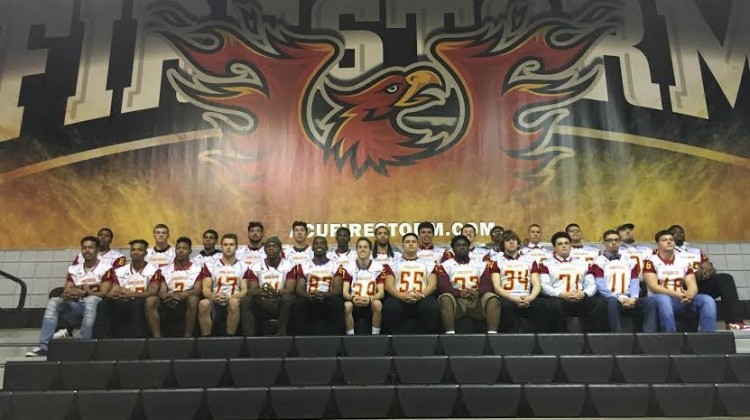 With a 2015 Central States Football League Championship under their belt, the Arizona Christian University football program added 42 new young prospects to their roster.

“This class has a lot of outstanding athletes that we think can add to what we’ve already built,” Head coach Jeff Bowen told Sports360AZ.com.

Defensive Coordinator Grant O’Brien says he sees a special group of talent coming in from the state of Arizona. “Because we are an in-state institution, they can train with us all summer long and we’ve got a good chance to come in and compete right away.”

What seemed to draw these players to ACU was the teaching of faith. “Something other than the materialistic drew me in,” Wide receiver Trey Anderson said. “It was really like a spiritual connection that I felt, like someone was telling me I needed to be here.”

That spiritual connection was felt by more than just Anderson, when “athlete” Alvin Diamond was asked about what he’s most excited for coming to ACU he said, “the fact that they actually focus on the spiritual aspect, which is something I need to grow in myself, is really big for me.”

I spoke with a few of the incoming student-athletes and asked what they believed they’d bring to the program.

Wide Receiver, Trey Anderson: “Hard work and the willingness to do whatever it takes to win.”

Athlete Alvin Diamond: “Explosiveness, illusiveness, high IQ athlete that can help not only myself but the coaching staff and the team.”

Linebacker, Josh Moyer: “Faith; I love God and always do everything for him. Talent, I’ll be making plays.”

As ACU heads into a season built around faith they believe they have the assets to help strive for their main goal; another championship.