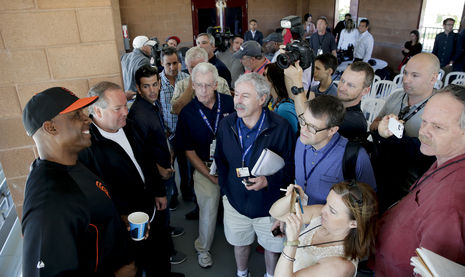 When discussing the Hall of Fame, the best of the best are mentioned. Some argue you can’t be the best if you have cheated by using performance-enhancing drugs (PED).

Some of the most notable players failing to be inducted into the Hall of Fame are Barry Bonds, Roger Clemens, Mark McGwire and Sammy Sosa. The reasoning is likely linked to their PED use.

Today, Hall of Fame ballots are kept private, unless writers make their votes public. However, next year, fans will be able to see all ballots. MLB.com Arizona Diamondbacks reporter Steve Gilbert believes next year is the best year for the “steroid era” to make their way into the Hall.

“I think by making ballots public,” Gilbert told Sports360AZ.com in a recent phone interview.  “It will be more difficult to keep players who cheated, lets call it what it is, out of the Hall of Fame because people (those who voted) will have a hard time dealing with some of the fan backlash.”

That backlash can take place anywhere, but more than likely it will happen over social media. Social media has made it easier for fans to share their love, or displeasure, with sports media members.

We’ve already seen some players who were linked to PEDs have their voting numbers rise.

Will we see Hall of Fame ballots be impacted by social media and angry fans that want to see their home run-hitting idol inducted?

“You’ve seen some guys that there were whispers about get into the Hall of Fame already,” Gilbert explained. “So I think that helps guys chances.”

He alluded to the fact that a younger generation of voters entering ballots may also help the chances of PED using players to get in.

“Things will all kind of come together to a point where you’ll see these guys in the next couple of years get closer to induction if not be inducted.”