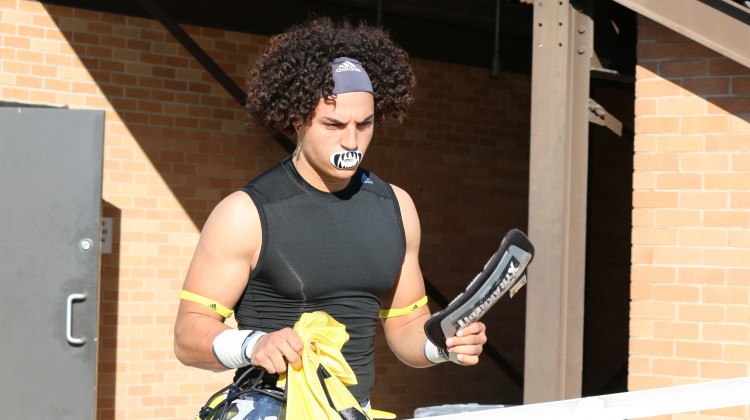 The U.S. Army All-American Bowl brings in some of the best of the 2017 recruiting class. While watching the West team extensively for two days, there is no question the talent that is on the field at one time. Here are a few Pac-12 bound players, and a few players who could follow suit, that have impressed so far.

Phillips has been nothing short of dominant. At 6-foot-6, 250 pounds, he is massive but moves like a safety and is projected to play defensive end for UCLA. This is the second time I’ve seen him play, the first being at The Opening in July, and he continues to impress.

The only one who slowed Phillips down was Walker Little. Don’t let the name fool you, the 6-foot-8, 305-pound Stanford commit is the #2 offensive tackle in the class. Stanford class is building a class that could be historically good with Little (#2 offensive tackle), Colby Parkinson (#1 tight end), Davis Mills (#1 quarterback), Osiris St. Brown (#15 wide receiver), and the Cardinal have a chance to earn a commitment from Foster Sarell, the top tackle in the class, on Saturday and are very much in on the #6 athlete in the class in Connor Wedington.

The Washington commit reminds me of Oklahoma receiver Mark Andrews, meaning he is huge and can move. He will be a matchup nightmare for Pac-12 defenders and could help replenish the Washington receiving corps after John Ross has left for the NFL.He is listed at 6-foot-4 and 200 pounds but plays much bigger than that.

Eno Benjamin reminds me of a mix between Demario Richard and D.J. Foster. The 5-foot-10, 230-pound running back moves so well in the open field, has great hands and looks like he can pack a punch when needed. No wonder, the Sun Devils like him. Arizona Stat, Baylor, Michigan, Texas and Utah are the final five for the running back, who announces his commitment on Saturday.

The cornerback out of Los Angeles was an Oregon commit, but re-opened his recruitment a few months ago. He is a physical corner who drops back into coverage very well. He was specifically impressive in one-on-ones during practice. It’s down to Nebraska, North Carolina, Oregon, UCLA and USC.

The U.S. Army All-American Bowl kicks off on Saturday at 11 a.m. Arizona time. Look for these names as well as Arizona’s Austin Jackson, K.J. Jarrell, Brandon Ruiz and Odua Isibor to find the field.