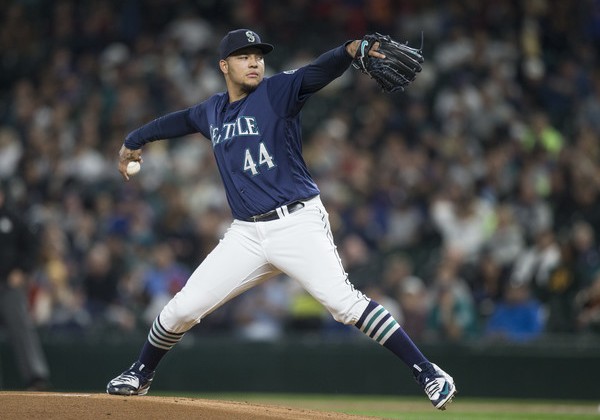 Even at a young age a fresh start is what some athletes needs.

The Arizona Diamondbacks are banking on that philosophy with new starting pitcher Taijaun Walker who general manager Mike Hazen acquired on Thanksgiving eve in a five-player deal which included Jean Segura.

The D-backs’ thinking was sell high on Segura, who is coming off a career season, and add an electric, yet inconsistent arm to a rotation which had issues in 2016.

New #Dbacks pitcher @tai_walker has averaged 8.1 strikeouts per 9 innings since making his @MLB debut in 2013 at the age of 21. pic.twitter.com/wIglOFzru7

The risk-reward makes sense to one baseball person with knowledge of the situation.

“A guy like Taijuan Walker,” ESPN insider Pedro Gomez said to Sports360AZ.com’s Brad Cesmat Wednesday. “Who is a former first-round draft pick who is 24 years-old. [He] has four seasons of control. He does not become a free agent until the 2021 season. I think there’s such a huge upside for a guy like Taijuan Walker.”

Walker explained on a conference call Thursday his emotions being traded away from the team who drafted him back in 2010 Yucaipa High School in southern California.

“At first I was kind of in shock…coming up with the Mariners…getting drafted by the Mariners,” he said. “[But] I’m super excited. They have such a young core. I’m excited to be a part of it.”

I’m excited to put on a @Dbacks uniform and get started!! How many more days until spring training?

Walker, who went 22-22 with a 4.08ERA, will certainly have a learning curve not only adapting to a new franchise but a different collection of opposing hitters, as well.

“Let’s not forget it’s not easy for a young pitcher to learn the league for a few years,” Gomez explained. “The plusses far outweigh the risks.”

He said he would like to add a two-seam fastball to his repertoire in hopes of producing more ground balls in hitter-friendly Chase Field.