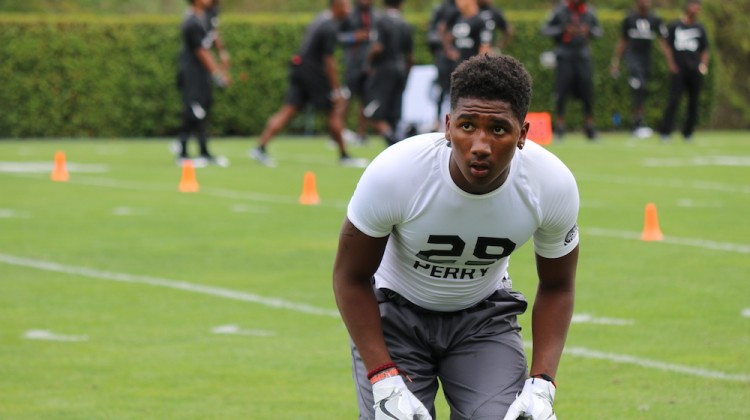 The Boom Bus has been busy the past week or so. First, 5-star quarterback and former Alabama QB Blake Barnett committed to the Sun Devils using cake.

Editor’s Note: Is there a better way to commit than with cake? I think not.

Now, the Sun Devils add Bishop Gorman (Nev.) defensive back Alex Perry. The 4-star recruit was an early commit for the Sun Devils but re-opened his recruitment going into the summer. Seems like he didn’t have a change of heart come mid-December. Perry is the younger brother of current ASU defensive back Armand Perry, who was third on the team with 51 tackles in his redshirt sophomore year.

The 5-foot-10, 170-pound defensive back stresses his mechanics and athleticism since he is not the biggest player on the field.

Scout.com National Recruiting Director Brandon Huffman said Perry does not receive the attention or credit he deserves because he plays within a talented secondary at Bishop Gorman, a group that includes fellow Arizona State target Bubba Bolden. Huffman also said Perry has the ability to shut down his side of the field in pass coverage.

This is the tenth ASU commit of the 2017 class and just the third defensive player in that group.

Perry shared his thoughts on his recruitment back in July at The Opening: