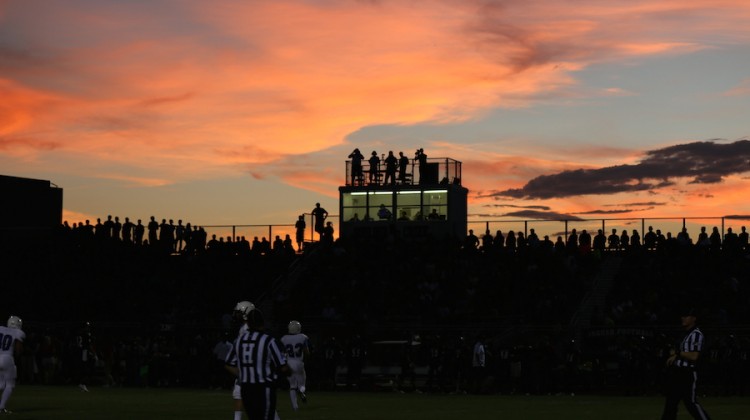 Here at Sports360AZ, we shot A LOT of footage during the 2016 high school football season. There were plenty of big plays and gritty performances, but what this vote focuses on is what happens between the plays: the celebrations and the personality of the players. Below are 16 GIFs from 16 teams of exactly that.

The celebrations had to be legal, so no excessive celebration or unsportsmanlike conducts were thrown out on these plays. They are broken down into four groups and votes will be cast on Twitter to find the best celebration GIF of 2016.

Editor’s Note: We didn’t have a poll for 2015 because, well, we hadn’t thought of it yet, but we are going to retroactively award Centennial’s Bozton Sanders with the honor for this number during the Coyote’s state championship win over Desert Ridge.

Without further ado, Sports360AZ gives you the nominees for “Best Celebration GIF of 2016”

When you rush for over 2,000 yards and 33 touchdowns and win state, you do a dance with your new friend, State Championship Trophy.

Brewington found the end zone and locked in with his lineman. Nothing could stop their choreography, not even Cole Lundberg trying to celebrate with with the receiver.

Tre’ Bugg can do a lot on the football field. In the state championship, he not only had a scoop-and-score for a key touchdown but also had a huge interception to stifle a Centennial drive. Turns out he is versatile celebrating as well. First, there is the emphatic point, side-skip, then the hug and stomp. Versatility at its finest.

The Florence wide receiver used momentum to his advantage on this one, rolling off one teammate to celebrate with another. Efficiency.

“The Field Is My Dance Floor”, Matthew Pola-Mao, Mountain Pointe

Few have more fun on a football field than Matthew Pola-Mao. Between his hair, size and constant plays in the backfield, it’s hard not to notice the Mountain Pointe defensive tackle. Pola-Mao is also primed for a good celebration even when he is coming off the field.

Navarrette is one of the hardest hitting linebackers I’ve seen covering high school football. After a big hit, he gives a nod to an approving crowd. I’m sure this happened more than a few times this year.

You would think based on White’s reaction that this was a touchdown in practice. The reality was this was the go-ahead touchdown over Desert Ridge with just a minute to go on fourth down to score a 28-yard touchdown. White came down with the ball and the lead and channeled his inner Jay Wright keeping it cool in a big moment.

Sometimes simplicity is effective. ALA running back got to the end zone, came to a halt and got the referee the ball so quickly the referee hadn’t finished his touchdown signal.

“Take It To The House”, Treyvon Williams, Desert Edge

The Desert Edge Scorpions are one of the most expressive teams in the state. There were plenty of good examples to use for their personality between plays, whether it be a celebration by the defense after a sack or Tehran Thomas high-stepping into the end zone. But we decided on Treyvon Williams staying loose before a kick return. There is no doubt these guys have fun.

A reliable celebration is having one of the people movers lift and launch the smaller skill position guy. And, well, Beau Kelly is reliable.

“Back To Business”, Draycen Hall, Higley

This celebration fits Draycen Hall, and Higley as a whole, very well. The running back capped off a long touchdown run and had a night that resulted in 320 all-purpose yards. His celebration? A quick fist pump and back to the sideline.

When you go from being a self-described “laughing stock of Tucson” to your first state championship appearance in school history, that deserves a leap. Head coach Jeff Scurran took advantage.

The Red Mountain offense executed beautifully on this touchdown against Mountain Pointe. The timing was there for the play, but the Mountain Lions could work on their celebration timing a bit.

What’s the saying, “Look like Tarzan, hit like Jane?” Well, in the case of Brandt Casey, it’s “Look like Andrew W.K., hit like Bobby Wagner.” Casey was one of the vets on what could be one of the best Saguaro defenses in school history. This post-hit celebration gives a nice glimpse of the feroricity of the Saguaro defense.

You see plenty of team breakdowns before a team takes the field, but the Marcos de Niza Padres are particularly rhythmic.

Those are the 16. Make sure to rock the vote for the best celebration GIF from 2016. Below are the tweets with the groupings. Once voting has completed, the final four will be revealed and voted on.