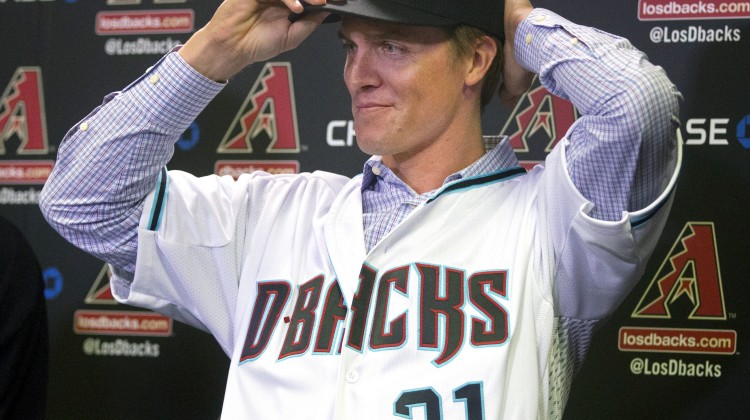 What some believed would be a perfect marriage could last only a year.

The Arizona Diamondbacks-Zack Greinke relationship could end this winter according to one person close to the situation.

“I think they’re looking at it,” ESPN baseball insider Pedro Gomez told Sports360AZ.com’s Brad Cesmat in a phone interview Tuesday morning. “I think it’s very difficult when you’re not a major-market team to tie up one-third of your payroll in one player.”

His first season in Arizona was disappointing considering his hefty salary. Greinke’s earned-run-average jumped over two runs from 2.30 in 2015 to 4.37 last summer. He also spent time on the disabled list in July, finishing the season 13-7.

Trading their ace isn’t going to happen without clearing a few hurdles.

“I think they will look at trying to move him but they’re going to have to eat some salary,” Gomez told Cesmat. “That’s going to be difficult for them to swallow but that’s the only way to get out of this deal.”

Gomez summed up the Greinke’s contract in a fitting way considering it’s the holiday season.

“It’s almost like they were at the dinner table and they were eating with their eyes instead of with their stomachs.”