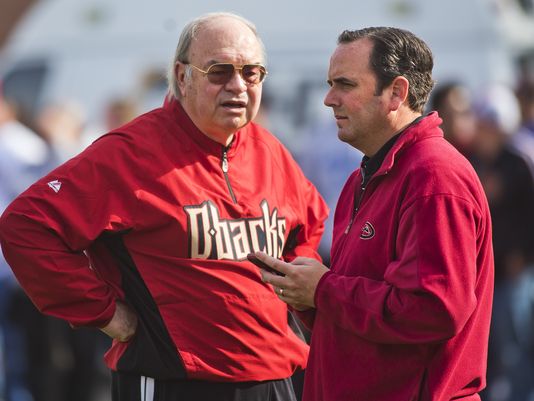 It can be argued no team in Arizona has had to fight both perception and reality more than the Arizona Diamondbacks.

High expectations over the past dozen years have mostly turned to failed opportunities. The D-backs are a franchise that is overhauling near the top once again trying to find the “secret sauce” after not making the playoffs for the fifth-straight season in 2016.

New General Manager Mike Hazen is in place but his manager isn’t as the club surveys the landscape for Chip Hale’s replacement. One person close to the situation believes there is a frontrunner but the dynamics behind the process could say quite a bit about the next skipper.

“Torey Lovullo is probably the odds on favorite to get the job,” ESPN baseball insider Pedro Gomez said of the Boston Red Sox bench coach to Sports360AZ.com Wednesday. “The issue is you may be having the front office Derrick Hall-Ken Kendrick dynamic pushing hard for Phil Nevin…from what I’m hearing is if Nevin gets the job that means Mike Hazen did not get to make his own pick.”

Nevin, an 11-year Major League veteran, currently manages the D-backs’ Triple-A Reno Aces and his highly thought of and respected within the organization. His name surfaced late in the season when whispers of Hale’s departure became louder around baseball circles.

Former General Manager Dave Stewart said he and Owner Ken Kendrick were “like oil and water” and he “had better things to do” than run the Diamondbacks.

Not exactly a ringing endorsement for Hazen and the rest of the remodeled staff.

“This is a front office that does not have a great reputation around baseball of staying out of the baseball decisions,” Gomez said. “So I think this will be an interesting hire and I think all of baseball will know really who is in charge by who is hired. If it’s Phil Nevin than it’s the status quo.”

Gomez believes Nevin is certainly qualified for the position but it’s how the hiring process happens which will be interesting to watch play out.

That’s been easier said than done for the better part of a decade here in Arizona.