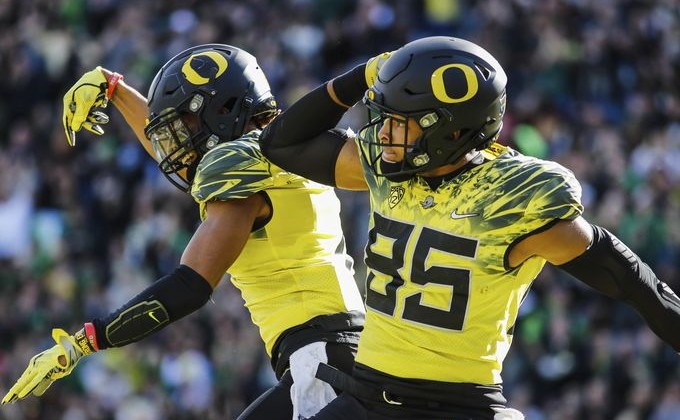 Whether its injury or other factors is up for debate when talking about the Arizona State defense. What no one can argue is the Sun Devils are a sieve on that side of the ball. Saturdays 54-35  loss at Oregon had another day of statistics that don’t lie. The Ducks offense would run 10 plays of 20 yards or more. Oregon would roll up 413 yards of offense in the FIRST HALF. On the day the Sun Devil defense would be shredded to the tune of 726 yards of total offense by the Ducks. The Ducks have beaten ASU 10-straight times.

Sun Devil freshman quarterback Dillon Sterling Cole would get the road start and showed some flashes of promise, throwing for over 300 yards. But more often through the afternoon, he looked and played like a true freshman in his first ever start. Oregon picked off Sterling Cole 3 times. He was punished and pounded by the Oregon defense throughout the afternoon.

Justin Herbert started just his third game at quarterback for Oregon, but played like a veteran. The Eugene native missed on only eleven attempts, finishing 31-42-489yds and 3 TDs.

Arizona State has dropped five straight Pac-12 road games..They are 0-3 this year on the road for the first time since 2008. The Sun Devils would be penalized 6 times for 49 yards. Utah, @Washington, and @Arizona are left on the ASU schedule.