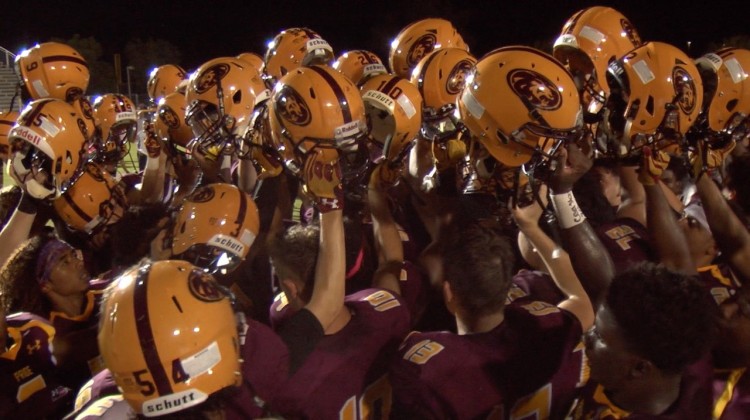 So much to get to and so little time so let’s dive into my takeaways from another crazy and entertaining week of high school football here in Arizona.

What’s Your Pointe?…Doing the same thing over and over isn’t the definition of insanity at Mountain Pointe. Sure, everyone knew the Pride had talent but who saw coming last Thursday in Ahwatukee?

The Pride takes down the Chandler Wolves, 52-7. #ROLLPR1DE

A running clock AGAINST Chandler? You can’t be serious.

“Everybody did their thing,” head coach Norris Vaughan said after the game. “We run a pro offense, we just don’t run a spread offense. You see our game on Sunday’s. That’s how we try to play.”

A common MP theme in the games I’ve covered over the years is they have mastered the short touchdown run, usually between the tackles. It’s not always fancy but the results speak for themselves. Last week was certainly no different.

Happy to see senior quarterback Noah Grover playing well after patiently waiting for his opportunity to start. Easy to see why his teammates respond so well to him.

Snap To It!…The fastest way to a college scholarship necessarily throwing for 6,000 yards or catching 40 touchdowns. Our home features some of the top specialists in the nation. Williams Field’s Brandon Ruiz is headed to Alabama next season to play for that Saban guy. I recently featured another one of the state’s best on a full ride next fall. If you’re really, really good you could be like Missouri commit Adam Bay.

Further proof hard work pays off at all levels.

Grigsby’s outburst (just under 300 rushing yards) was a welcomed sight for a team which scored just seven points COMBINED in lopsided losses to Tucson Pueblo, Dobson and Marana Mountain View. Here’s more on Grigsby in this week’s Recruiting Roundup.

Cruz Control…Great note from my guy Andrew Luberda who is always in the loop on the high football scene in the far east Valley and southern Arizona. Santa Cruz Eloy went 6-23 from 2012-2014 but have turned it around in a big way under head coach Rishard Davis. The Dust Devils, second favorite in-state high school nickname behind Page (Sand Devils),  went 9-3 last season and are a perfect 3-0 in 2016 outscoring their opponents 159-32. Duel-threat senior quarterback Emilio Cosillos is averaging around 260 total yards a game. Expect a challenge from Tonopah Valley on Friday.

Parting Shot…Stat of the Week from @gridironarizona who is a must-follow on Twitter for every high school football fan here in AZ. Research team on point after Desert Ridge beat Hamilton for the first time in school history.