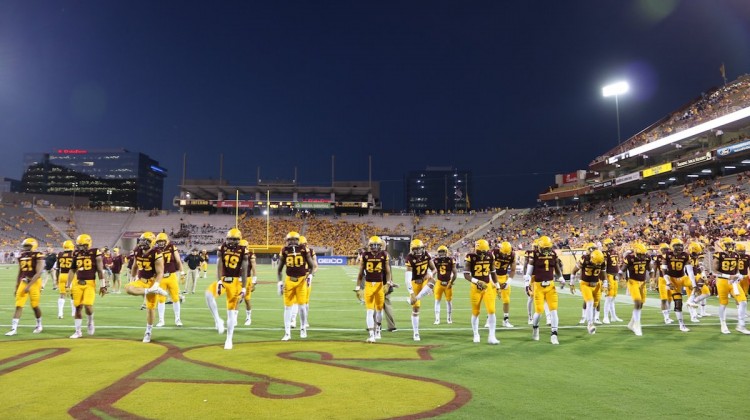 The story of ASU’s victory over Texas Tech was Kalen Ballage. The junior running back tied a FBS record with eight (!!!) touchdowns against the Red Raiders.

The Sun Devils weren’t short on highlights against Texas Tech, but what was Graham’s favorite play from Saturday night’s game?

Has anyone checked if Manny Wilkins’ middle name is Dominique? Through his first two starts, he has hurdled three defenders. Graham can’t like his quarterback putting himself in harm’s way, right?

The defense is making due without playmakers Salamo Fiso to suspension and the injured Christian Sam and Laiu Moeakiola, who was able to play in a limited role against Texas Tech. Graham updates each player’s status:

Offensive coordinator Chip Lindsey’s offensive game plan was in full effect Texas Tech, including Kalen Ballage in the wildcat role. Graham explains the consistency he has seen since Lindsey took over the offensive before last year’s Cactus Bowl.

The Sun Devils sit at 2-0, but they have plenty to work on. How much ground does Graham feel the Devils need to make up?

The Sun Devils head to University of Texas-San Antonio to take on the Roadrunners Saturday at 6:30.