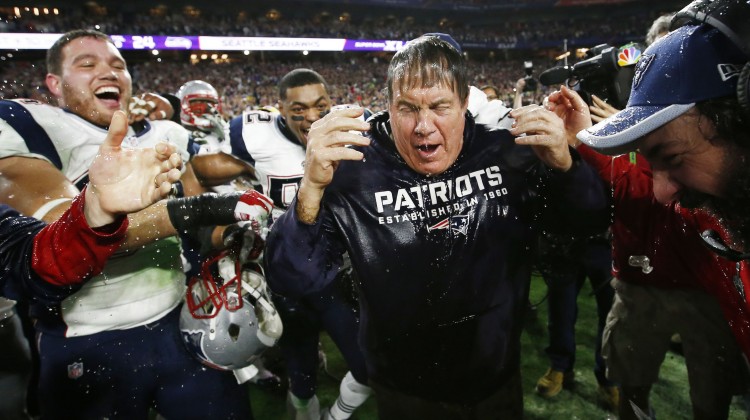 His monotone voice and dry press conferences leave media members and opposing teams trying to connect dots to piece together the puzzle.

Arizona Cardinals head coach Bruce Arians said as much recently leading up to Sunday’s primetime showdown with the New England Patriots at University of Phoenix Stadium in Glendale.

Bill Belichick on Cardinals: “Offensively, probably as good a group of skill players as we’ve seen in a long time.”

With Tom Brady serving his suspension, Jimmy Garappolo has been handed the keys to the Pats’ offense. If you’re expecting a toned down, vanilla offensive scheme this weekend, think again.

Kings believes the reasoning is quite simple: both these nutty professors think exactly alike.

“When you think you know what the game plan is going to be, think of 180 degrees different,” King explained. “That’s the way Belichick has been both defensively and offensively in his coaching career.”

Belichick will also most certainly use the “us against the world” manta all week as New England comes to the Valley not only Brady-less but without top pass-rusher Rob Ninkovich who, like Brady, is also suspended. Ninkovich will miss the first four games after testing positive for a banned substance.

“That’s going to be the attitude of this team going in,” King said. “Even though they are beat up…any time the Patriots go into a game under Bill Belichick in this era they’ve got a great chance to win.”

Kickoff is set for 5:30 Sunday evening.