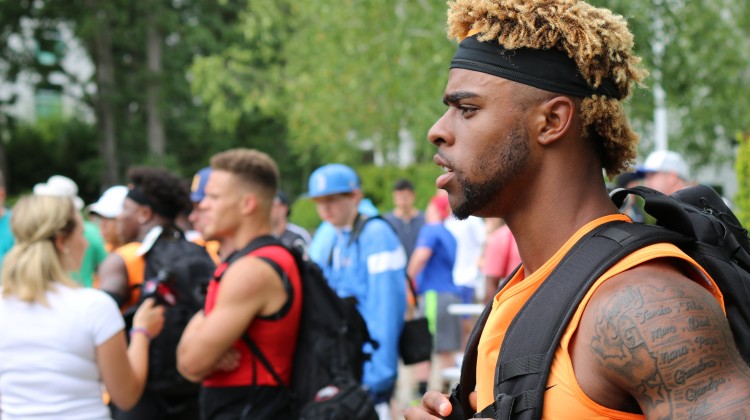 The Opening is in full-effect, and the best high school football talent shared one field at Nike headquarters in Beaverton, Oregon. Here are a few of my takeaways:

The only player from Arizona had three interceptions on Saturday, one of them being a pick-six. Scout.com’s Greg Biggins said he loves the safety and the athleticism he brings to the field. He has been terrorizing Arizona quarterbacks for two years and will one of the premiere players in the state in 2016.

UCLA’s Pass Rush Will Be Scary

Two Bruin recruits will attack from both sides in Hunter Echols and five-star Jaelan Phillips. Phillips has the height, speed and power to get in the backfield early and often and is one of my favorite players in the 2017 class. Have fun with that, rest of Pac-12.

Arizona In On Some Playmakers

The Arizona Wildcats have already earned a commitment from four-star athlete Greg Johnson, who can play four positions according to Biggins. His two August Hawkins teammates Joseph Lewis and Jalen Hall are the top receivers in the class of 2017 and 2018 respectively. Lewis jumped out as one of the best players on the field Saturday, and has a chance to grow into his 6-foot-3 frame.

I think Bishop Gorman blocked out an entire hotel wing in preparation for The Opening. Quarterback Tate Martell, defensive lineman Haskell Garrett and defensive backs Bubba Bolden and Alex Perry all represented the Gaels this weekend. Martell and Garrett are Ohio State-bound, and Bolden told me on Saturday that he hopes to pair up with Perry in college as well, possibly Arizona State.

One of the more amazing stats that I came across this week was 21 of the 31 first round picks in the 2016 NFL Draft were participants in The Opening. It will be crazy to see who the top college and pro players will be from this group.

Stay tuned to Sports360AZ for a lot more coverage from The Opening.