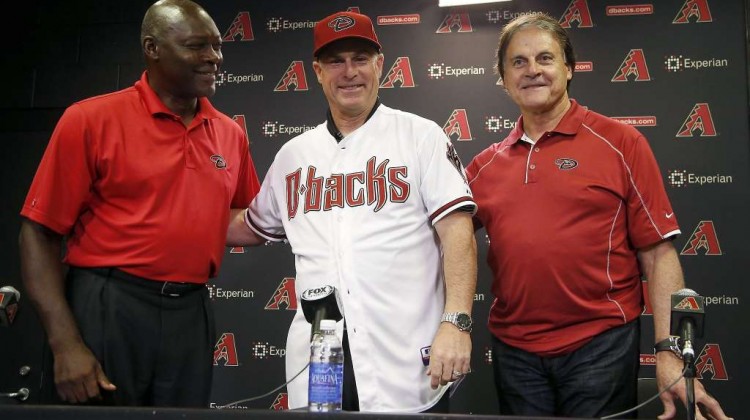 It is always a manager the sees the door when a team vastly underperforms and some of the time, that is the best way to inject change in a struggling locker room. However, in the case of Chip Hale, this would be a huge mistake.

The biggest issues we have seen from the Diamondbacks this season has been from there pitching and their outfield defense. Two issues that quite frankly, Hale is not responsible for. There have been multiple times I have been frustrated with the decisions Hale has made with his bullpen in close games but for the most part, he is not the one to blame.

Injuries are not Hale’s fault. It has been the injures to main pieces like A.J. Pollock and David Peralta that have forced Hale to start Chris Owings and Brandon Drury who are not outfielders but have been willing to give it a shot as well as Yasmany Tomas who is technically an outfielder but worse out there than Owings and Drury. Oh by the way, Owings is hurt too.

All these reasons for why Hale is not at fault however are not the reasons why I think he should stay. The one thing this organization needs at this present moment, during this time of struggle and frustration, is stability. Firing Hale would prove Tony Larussa and Dave Stewart’s plan is failing and furthermore, Larussa and Stewart failing is a reflection on Derrick Hall’s vision not coming to fruition.

The Diamondbacks need more than anything despite the scrutiny both locally and nationally is a united front. A front that says ‘yes, this is a very tough time. We thought we had the pieces in place to make a run at a wildcard but it did not work this season. But we believe in ourselves and our plan.’ That stance is what will resonate through the organization and the fans who follow it every day.

Whether it works or not, time will tell.

But jumping ship on a manager after a season and a half only makes things more chaotic and creates more questions. Firing people when times get tough cant be the precedent that this team falls back on if they won’t to get themselves back in the playoffs.