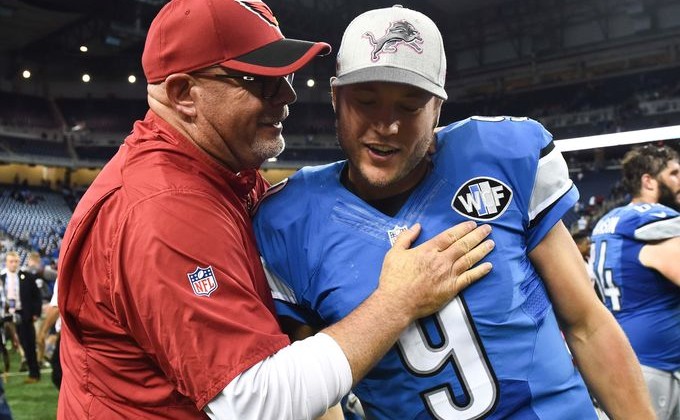 Carson Palmer continues to lead the Arizona Cardinals but Father Time will come visiting sometime in the near future.  When it does, the Cardinals will have to apply its “next man up” philosophy to whomever they develop or secure as the next signal caller. As the NFL draft approached, many speculated as to how this would be accomplished.  Some thought it might come from the draft, but those who could fill the role were snagged before the Cardinals picks.  The Cardinals re-signed Drew Stanton and also have the services of Matt Barkley. While Stanton has been a more than serviceable back-up to Palmer, there are not many who see Stanton, Barkley or un-drafted rookie Jake Coker as the long term solution.

Cardinals fans know all to well the downswing that comes from having an established quarterback end his career without a replacement at the ready.  That was experienced with Kurt Warner and then the effects of trying to replace him after he retired.  Does anyone recall the likes of Kevin Kolb, John Skelton, Ryan Lindley, Derek Anderson and Max Hall?  So though the Bird Gang is trying to live in the moment with Palmer and the big expectations of the coming season,Cardinal management is working diligently to create a long term winner and for good reason.  Players come and go but Cardinal fans are finally showing that they are in it for the long haul.

So how will Michael Bidwell, Steve Keim and Bruce Arians go about it?

They could pass the torch to a player currently on their roster like Drew Stanton who knows the system well but has minimal starting experience overall. They could eventually draft and develop player, but that always involves a combination of high risk-high reward.   They could also make an attempt at a current “high ceiling” back-up looking for his first starting gig.  This is another risky proposition, with guys like Kevin Kolb (going from Philadelphia to Arizona) and Matt Flynn (going from Green Bay to Seattle) coming to mind.

With the Cardinals having a fantastic core in which most players are young or in their prime along with a head coach who is currently 63 years of age, I make the case that they should not travel down any of these paths for the solution.  Rather, the brain-trust should turn its focus on one to carry the team to continued success after Palmer retires. There is actually someone out there who is in an established NFL talent, has survived in a tough situation and has a career trajectory and skill set that is almost a mirror image of Palmer’s career.

That quarterback is Matthew Stafford.

Both Stafford and Palmer played for franchises (Detroit and Cincinnati, respectively) that lacked a winning tradition.  Yet they each performed well in that environment.  Consider the chart below, that compares the two quarterbacks including their stats from the first seven years of their career.

Both Palmer and Stafford were former first overall picks and have freakishly similar numbers over the course of their first seven years in the league.  At times, their play pushed their teams of average talent to great records and playoff appearances.  The less successful years highlighted the lack of overall roster talent.

Going into the 2015 season, the monkey that remained on Palmer’s back was that he has never won a playoff game. Palmer has now won in the post season but still have more work to do get rid of the chimp.  After seven years in the league, Stafford is in the same boat as was Palmer, having gone 0-2 in his only playoff games.  Both those were less than stellar showings, with Stafford throwing four touchdowns and three interceptions in the two games.

In addition to the playoff woes, both have had labels put on them which, fair or not, have kept them from being considered among the upper echelon of NFL quarterbacks. For Palmer, there have been questions surrounding his decision-making which led to excessive interceptions.  This was then aggravated over his blow up with team owner Mike Brown in Cincinnati and Palmer’s decision to retire rather than play. In that time, it made it look like Palmer was out for himself and not the team. Stafford has also been interception prone and there have been times where his work ethic has been questioned in Detroit.

When it comes to stature and skill set, those similarities can be seen to be even  closer than their stats through their first seven seasons. Both are taller signal callers (Palmer, 6-5/Stafford, 6-3) with big arms and overall good field awareness. They are aggressive and not afraid to take shots down the field, which is a requirement in the Bruce Arians system.

A lot has to play out for this to align perfectly. If and most likely when the Lions have another tough year in 2016, what will they look to do with Stafford going into the final year of his contract? Will they try to deal him to get something in return without just letting him walk? Will they try to extend him and have him be their center piece to build around for years to come? Will he want out of Detroit? He no longer has Megatron as his outside weapon.  Stafford will be 30 when his deal is up and unless the Lions show they can turn this thing around in a hurry, he might want out and find a team that has the pieces to contend for a title while he plays into his 30s.

From a Cardinals stand point, acquiring Stafford either via trade or free agency won’t be cheap. Trading for him might be the more effective way to land him but either way, he’s going to get paid. This season, Stafford will make $17,666,667  according to Spotrac which is the 19th highest in the NFL and the 18th most among quarterbacks when you take his former teammate Ndamukong Suh and his contract out of the picture. That number will only go up, especially if you try to add him via free agency.

Drew Stanton’s new contract will be up that offseason as well so you know 2018 will be the make or break year for the future of the quarterback position in Arizona. The question is what route they will take. We have already seen Steve Keim and Bruce Arians take players like Carson Palmer as well as Karlos Dansby, Antonio Cromartie, Chris Johnson and others making the turn at the back nine of their career and ultimately help re-establish their value in the league. Stafford could be one in line to look to do the same and one would have to think that the Cardinals have proven that are the team to do just that.

So, while we gear up for a much anticipated 2016 season, live for today as a fan with Palmer at the helm but maintain at least a passing glance at the future. With the way things could play out, keep that glance on Matthew Stafford and the situation in Detroit because it may turn out that he could hold the key to sustained success for life after Palmer in the Desert. 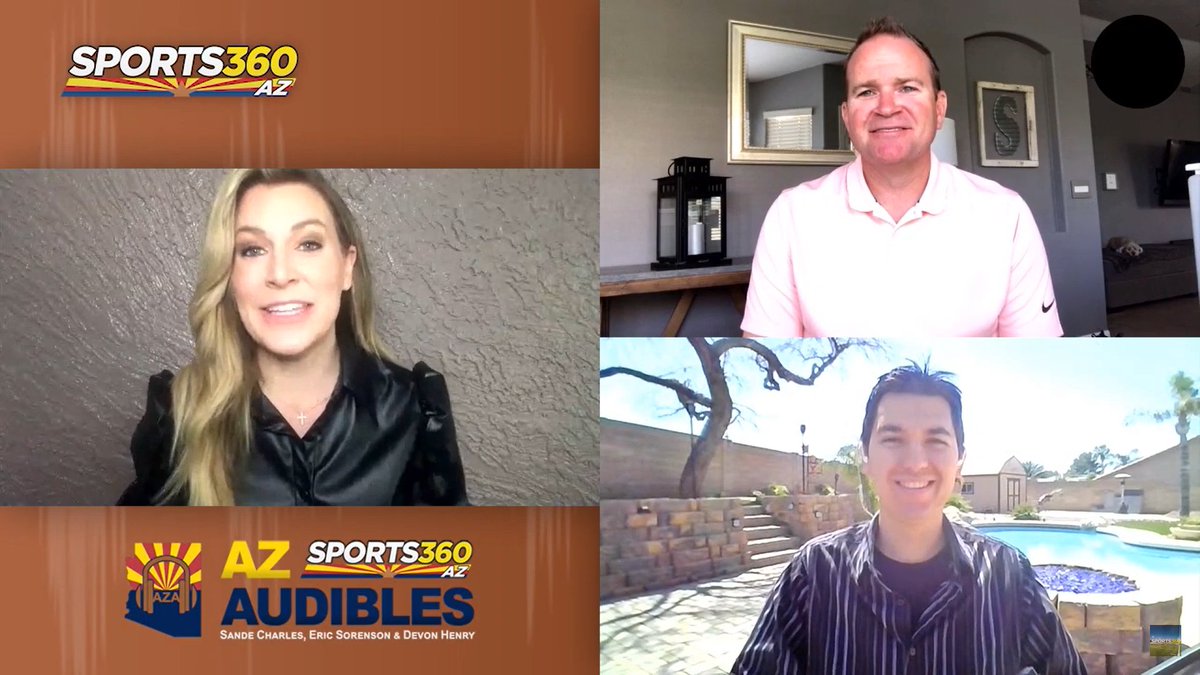