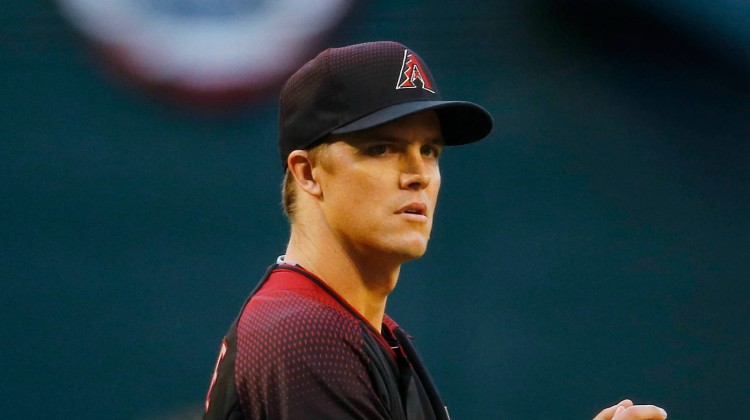 The Arizona Diamondbacks are showing signs of turning into the team many believed they would be when they opened up spring workouts back in late February.

Sure, their current “upward trend” may be just that, a trend but visually Chip Hale’s team appears to be on more stable footing as we close in on the heart of summer-where Arizona’s pro baseball team frequently wilts like a sun-dried flower.

Besides the re-emergence of Paul Goldschmidt and some timely hitting up and down the lineup, much of the most recent success can be attributed to the starting rotation which has shown signs of consistency after a rough April and May.

$200 million ace Zack Greinke has lived up to the hype (10-3, 3.61 ERA, 89 strikeouts, 21 walks in 16 starts) but he also may have set an example for the expectations of the rest of the rotation. The former Cy Young winner doesn’t seek or every like the spotlight but he may be motivating others when others aren’t necessarily watching.

“I absolutely think so, I know that he has that in his game,” ESPN baseball Pedro Gomez told Sports360AZ.com’s Brad Cesmat. “He’s not going to show it publicly but privately…in the clubhouse…somewhere in the corner…that is well within his game. He may pull someone aside and say, ‘let’s go. Stop [complaining] and let’s go.'”

Gomez knows the established Greinke can do that because he’s the one setting the example, not the one following or learning from it.

“He’s the only pitcher on the staff with a Cy Young in his trophy case,” Gomez said. “He has reached the post-season multiple times. You have to listen to a guy like Zack Greinke if you are Robbie Ray, if you are Patrick Corbin, if you are Archie Bradley. Even Shelby Miller, who was an MVP of a post-season series with the Cardinals–his career hasn’t continued to move forward.”

The Diamondbacks are hoping that $200 million contract doesn’t just equal more wins for Greinke but the rest of the staff, as well.