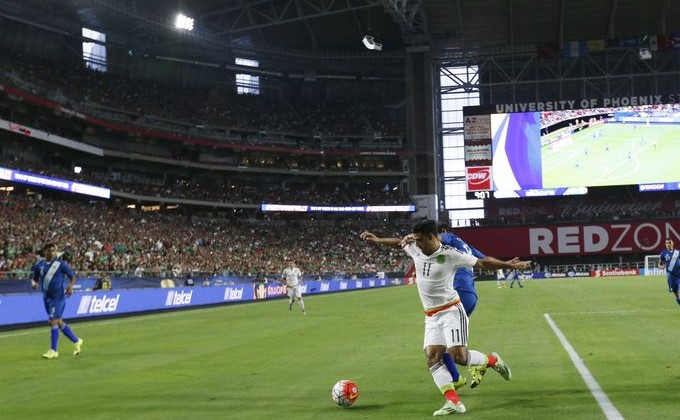 The Valley has been a marquee landing spot for some of the top sporting events of recent past.

Just for kicks, University of Phoenix Stadium will add another marquee futbol game so-to-speak to their resume’ this weekend as the Copa America Centenario matches kick off here in Arizona with Mexico taking on Uruguay Sunday night in Glendale.

“Quite honestly this is right up their with the European Championships and the World Cup,” FOX/FS1 soccer analyst Kendra de St. Aubin told Sports360AZ.com’s Brad Cesmat of the event which runs through June 26th. “There pretty much is no bigger tournament not only in the United States but in the world.”

Could a poor showing turn up the temperature on USMNT head coach Jurgen Klinsmann?

“I don’t think if they don’t do well he’ll get fired,” de St. Aubin said of Klinsmann. “I think he’s kind of solidified his spot…but I think he needs a good showing after he didn’t do well in the Gold Cup. It’s pretty important for US Soccer and soccer in general to keep growing and for people to get behind this men’s team.”

de St. Aubin, who will be doing the sideline reporting for USA-Columbia, “absolutely” believes Klinsmann’s team can contend for the Copa title. USMNT could catch a break if Messi doesn’t play for Argentina. The megastar hurt his back in a recent International Friendly and his status for Copa American is not known.

As for this weekend’s match, Uruguay brings a winning tradition with long-standing success in this tournament. They’ll have their hands full against Mexico who will certainly feed off their large, loud crowd with the proximity of the event to the border.

Club level seats for this weekend are selling for over $1250 each.