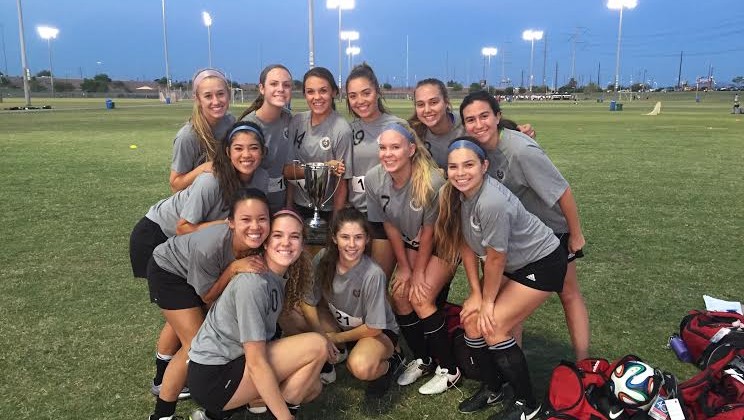 In the past six years thirteen girls have grown extremely close, while winning four state titles in a row and having only one goal scored against them this year.

After their victory at the nationally renowned Surf Cup Tournament over Thanksgiving, they are now ranked among the 50 best teams in the nation.

So what makes this team so successful?

“Team chemistry,” according to AFSC U17 and Xavier College Prep head coach Barb Chura told Sports360AZ.com. “When you get good team chemistry and really good talent than you’re going to get something special.”

“I love playing with my team because we have become a family and have played together for over six years,” says ASU commit Jessica Hale. “Each year we keep on winning state, the pressure builds for us to keep our standards high and continue to win. I think my team has been very fortunate that we have stayed together for so long because our chemistry is great on the field and off the field and you can see that when we play.”

The University of Hawai’i Manoa commit Isabel (Izzy) Deutsch is proud to be a part of such a tight-knitted team, “It is pretty amazing to be on a team that has won state four times in a row … I would not want to play [with] anyone else.”

The thriving group represents talent from all over the Valley including Desert Vista, Hamilton, Mountain Pointe and Corona del Sol High School.

Having just one more year together all but two girls plan on kicking the soccer ball into their college careers. The group consists of 12 2017 players and one from the 2018 class.

The team already has an Arizona State, Northern Arizona and Hawai’i commit, as well as many others catching the attention of numerous Division I and II schools.

“They’re all in the midst of you…figuring out where they want to go…it’s all starting to fall into place for them, which is really nice and well deserved,” Chura said.

If you’re wondering what comes next for the dream team … Regionals are right around the corner. With just over a month away, the girls will head to Boise, Idaho on June 19.

Preparation includes heavy workouts three to four times a week and five scrimmages. Two of the games are against former state cup winners Arsenal 98’, two with Sereno ECNL and one with SC del Sol 99’, which is the top-ranked team in the country.

Will friendship lead the team to Nationals in Texas?

“We are not thinking about that and I’m not going to allow them to think about that … it’s about each game,” Chura said. “If you look too far ahead sometimes it comes back and bites you.”

Talent and team chemistry has already led this group of girls to major success.