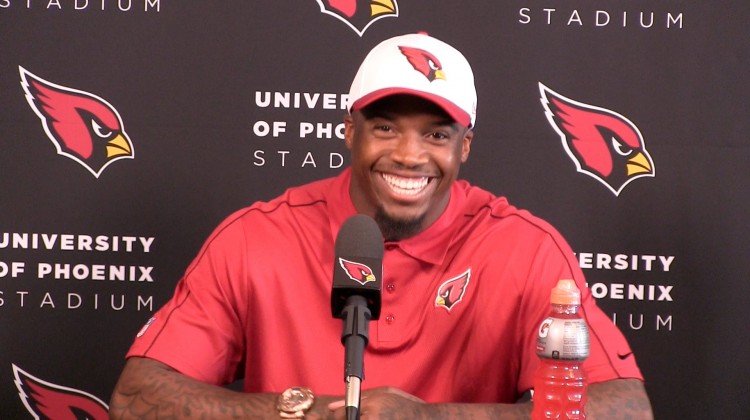 This quote on Brandon Williams on NFL.com is one of the first things I read when the Cardinals selected him in the third round.

“He’s going to have a great workout at the combine and get overdrafted. Frankly, I was surprised he was even invited.” –­ NFC area scout

When it comes to the information that ultimately makes the rounds on social media these days, especially when it comes to the NFL Draft, it is what it is. But since Williams has been taken, there are attributes that make up him as a person and a player that should be at the forefront rather than that quote by an anonymous scout.

Many NFL players break into the league with back stories that display incredible perseverance. Some came from tough backgrounds, some have over come horrible injuries and others defy what scouts or experts may have said about them coming up.

Brandon Williams has a story that I am particularly drawn to. Coming out of Royal High School in Brookshire, Texas, Williams was one of the most heralded running backs in the 2011 class receiving a full-ride to the University of Oklahoma. In addition to being a star on the field, he was already a Dad off of it as his first daughter Serenity was born when he was 16 years old.

In many circumstances, being a parent at 16 could lead a young football player to give up the game and possibly drop out of school to provide for his kid and family. Having not spoken directly to Williams about the situation, I can assume Williams received the support of those close to him to be able to continue to pursue football.

“It was very hard because the sacrifice I needed to make not seeing them as much as I wanted to,” Williams recalled. “I understood that at a young age. Since high school it was like that. I was never able to spend a lot of time with them but the time I did spend with them, it meant a lot…It was really hard.”

Being a student athlete in high school and more so in college is hard enough. Try being a Dad on top of it?

Williams, unlike most his age, carried the motivation of more than just his dreams of wanting to become a professional football player. He displayed that during his time at Texas A&M after transferring there from Oklahoma to be closer to his daughter. During the 2012 season which he was forced to sit out after transferring, he made up for the time not being able to play by receiving the Weight Room Off-Season MVP award at the annual Texas A&M team banquet.

One person close to the A&M program told me that while at College Station, he was the “hardest working dude on the team.” He was a team captain and form the sound of things, spent more time in the weight room than at a bar or night club. You get the sense that Williams for a long time has been operating with more of a chip on his shoulder than those around his age merely because he has had to grow up a lot faster.

Now the fruits of that labor is paying off after the Cardinals drafted him.

“Just the fact that I know now that I can take care of my baby girls,” Williams said. “Football is what I do, but being able to actually provide for my girls, that’s really the only thing that brings tears to my eyes because that’s who I do it for.”

There is still plenty of work to be done as people are going to constantly report on how his adjustment to a new position is going at the pro level. From hearing Williams’ story and getting a better idea of his make-up as a person, you feel he will be able to pass that challenge and then some.

Sure, being a Dad and becoming one at a young age doesn’t make you a good football player and there is much more that goes into it. But you cannot help but cheer for someone who puts it all out there on the line for more than themselves. That motivation behind it with the athleticism he was born with should make Cardinal fans very excited about what the future can hold.