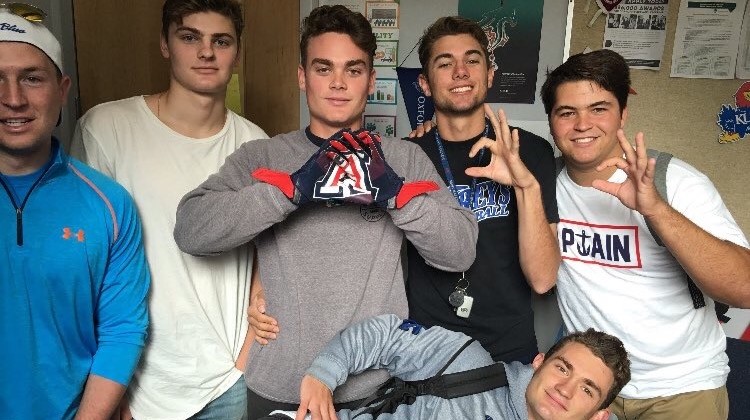 There is an old saying that when taking a multiple choice test, trust the first answer that comes to mind because more often than not, it’s the correct one.

That is ultimately the case for four-star quarterback Braxton Burmeister.

The four-star quarterback from La Jolla, CA announced on Friday that he has re-committing to play for Rich Rodriguez and the Arizona Wildcats.

Burmeister, No. 19-rated quarterback in the class of 2017 via Scout.com, initially committed to Arizona back in 2014 and was the first Wildcat commit for the 2017 class. He then re-opened his recruitment in back in March of 2016.

Now back in the fold for the 2017 class, be becomes the ninth commit and the third four-star prospect. He joins Rhett Rodriguez, son of Rich, as the signal callers of the group.