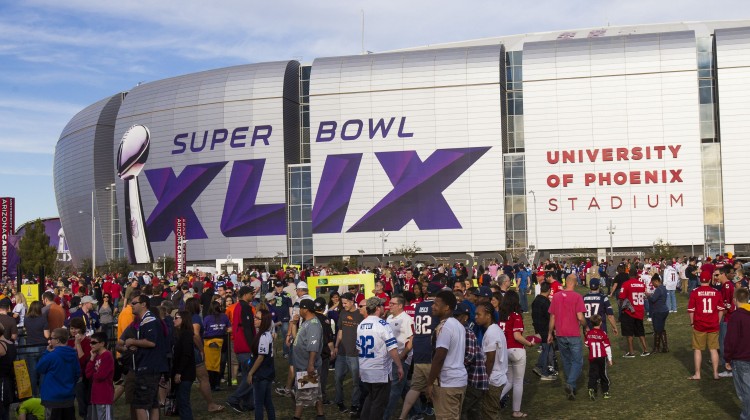 The NFL offseason has been filled with items ranging from concussions to deflategate to relocation. It’s that last item that ought to get your attention.

No, not because the Arizona Cardinals now have an opportunity to play in Los Angeles, and maybe soon in Las Vegas, but it’s what those cities can do to something the Cards and Arizona have long taken pride in.

The Valley once again got rave reviews from the NFL when it hosted Super Bowl XLIV. Despite a lack of involvement from the host city of Glendale, the layout of attractions, hotel rooms and entertainment was deemed excellent by most everyone who attended. The game wasn’t too bad either, and University of Phoenix Stadium remains a favorite of NFL owners.

However, this week’s announcement that Los Angeles will host Super Bowl 55 in the Rams’ upcoming state-of-the-art stadium should be a sign to Arizona that the wait to get another Super Bowl just got longer.

With all due respect to the people of St. Louis, the chances the NFL would put its signature event there were not that great to begin with. Now that the Rams are back in Hollywood, you knew it was a matter of time before the league placed the Super Bowl back in the city that hosted the first ever Super Bowl in 1967.

Then there’s the Raiders.

With momentum building for a move from Oakland to Las Vegas, the media there is already trying to determine when the big game will come to Sin City. The Raiders were considered a partial host for the last Super Bowl, but that game went to the Bay Area because of Levi’s Stadium, not the O.com Coliseum.

Put the Raiders in Vegas, with another state-of-the-stadium (and let’s face it, in Vegas, is there any other kind of venue than state-of-the-art?), and the NFL won’t be able to resist. If the league has lessening concerns about having a team in Las Vegas, you can be sure they’re not the least bit worried about putting the Super Bowl there.

Consider this, too: imagine the kind of party Las Vegas would throw for the Super Bowl. Good luck New Orleans, Miami, Arizona, and yes, even Los Angeles once Glitter Gulch joins the action.

The time is now for those who have so successfully staged the two Super Bowls played in Glendale to consider what they can do to stay atop the Super Bowl rotation. Even Minnesota, with its new retractable roof stadium, is ready to jump in.

But wait, as they say on TV, there’s more. Once Vegas proves it can host a Super Bowl without concerns about the impact of gambling, what’s next? They’ve already had an NBA All-Star Game. If, as expected, the NHL puts an expansion team there, how long will it be before the NHL All-Star Game…you know, the one Arizona was supposed to host in 2004, goes to Nevada? The College Football Playoff? Las Vegas has a bowl game, and that too hasn’t raised concerns. Final Four? That Raiders stadium would fit the bill just fine.

It may be fun to consider the NFL in Las Vegas, but it isn’t all laughs. At least it shouldn’t be here.

Somebody needs to hear the warning siren.