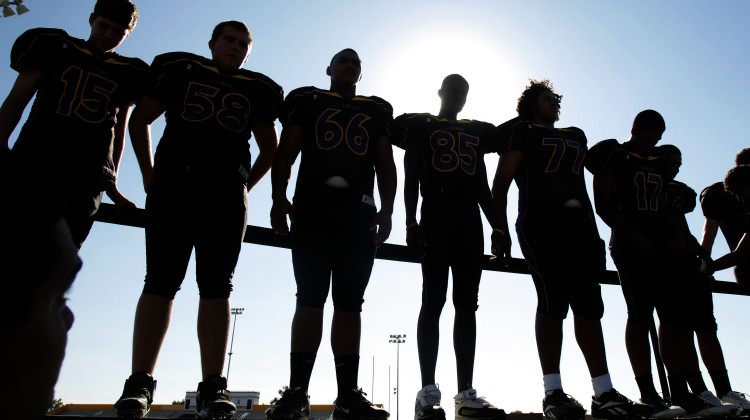 Kapi was a standout running back for the Jackrabbits and graduated from the school in 1985 before continuing his playing career at BYU. He came to the school just after his brother, former St. Louis/Phoenix Cardinals and long-time NFL player Vai Sikahema, who graduated in 1980.

Now this former Jackrabbit is ready to give back.

His vision is simple.

“My only goal is to win the state championship,” he explained. “That’s the only goal I came here to accomplish.”

It’s only been a matter of hours since the announcement but Kapi is already gearing up for next season.

“I’ve been getting a lot of advice,” he siad. “I’m at lunch right now with the legendary [former Mesa head coach] Bill McKane who’s giving me some pointers on various administrative things.”

Older brother Vai Sikahema became aware of the opening at his alma mater in a rather unique way.

“The first time I learned about it was on social media,” he said after being tagged in posts as part of a campaign to get his brother hired. “We were ecstatic to hear that he is going to be the head coach. We are a Mesa High family.”

The Sikahema’s have an ever deeper connection to the east Valley school. Their father was a security guard at MHS for 30 years and Vai and Kapi’s sister was a cheerleader. Their cousin is former Arizona Cardinal offensive lineman Deuce Lutui who starred at the school in the early 2000’s.

The Sikahema family is spread out around the country but Vai insists that won’t keep their 75-year-old father and sister who now live in Seattle from making the trip out west to support Kapi in the fall.

“We are all going to come together and go to some of the games in the fall. We are going to make it something like a reunion for our family with tailgating and barbecuing before games,” Vai says.