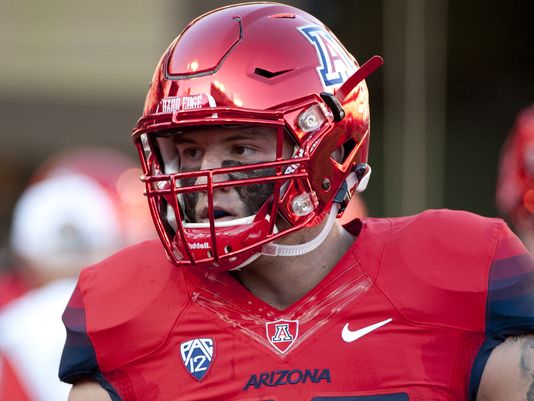 Few expected it to happen as late as it did but Scooby Wright’s dream became a reality Saturday afternoon when the Cleveland Browns selected the former University of Arizona All-American linebacker in the seventh round (250th overall).

Wright didn’t seem too disappointed about his later-than-expected draft position.

“I got the phone call,” he told Sports360AZ.com shortly after the selection. “It was just a great feeling overall. I’m happy to be in the Browns’ organization…I’m looking forward to earning my spot, earning my keep just playin’ ball.”

The playmaking machine who missed much of last season due to injury said it was “kind of a shocker” to be drafted by Cleveland. He believed the Rams and Titans showed the most interest leading up to this weekend.

Regardless, he believes he and Browns were always meant to paired together.

“It’s only fitting that Scooby Wright goes to the Dawg Pound, right?” he said with a chuckle.

Despite dropping further than many expected, he doesn’t second-guess his decision to leave UofA after his junior season.

“Why would I come back,” he explained. “Im going to be playing professional football…making money and taking less hits to my body. I’m living out my dream.”

Wright also had a special message for the school and fan base who gave the under-recruited kid from northern California a chance.

“I love all the UofA fans,” he expressed. “Thank you for all your support, for sticking with me and teaching me how to Bear Down.”