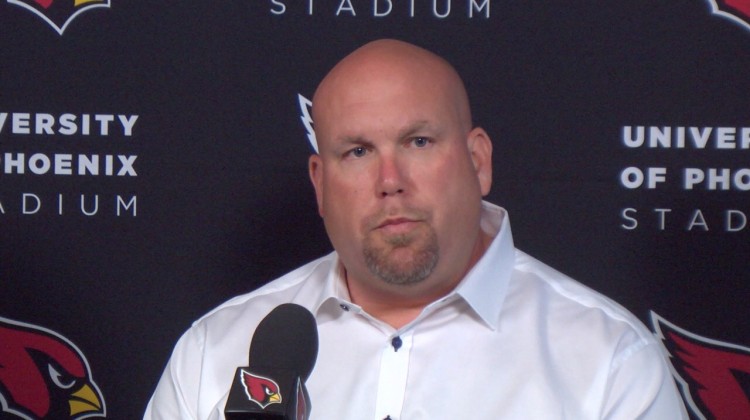 The Arizona Cardinals entered the 2016 draft in a position of power.

That’s what happens coming off a 13-win, NFC West Championship season which ended one game short of the Super Bowl.

The Cards started Saturday by drafting durable and tough Missouri center Evan Boehm in the fourth round (#128 overall). They ended the draft with a trio of small school selections. Safety Marqi Christian from Midwestern State was taken in the fifth-round (#167 overall). Three pick later they selected Harvard guard Cole Toner before finishing up Southeastern Louisiana cornerback Harlan Miller in the sixth-round.

“All four members that we added [Saturday] are extremely passionate,” general manager Steve Keim told the assembled media after making their final selection. “Knowing that that’s probably the difference for making this football team is your love for the game and your ability to contribute on special teams. We think we got better in both of those spots.”

Marqui Christian on why he was hoping the Cardinals would select him: “The vibe I got when I visited with the Cardinals. The guys I met, the winning pedigree, Coach Arians and the job he’s doing with the Cardinals…when I went out there to Arizona, I just felt like it was the place for me, and now I’m a Cardinal.”

Cole Toner on the transition from a place like Harvard to the NFL: “It will be different but I played in the Senior Bowl and I now know what the competition is like among the elite levels. I’m ready to up the competition and I’m ready to respond to that and excel at the next level.”

Harlan Miller on if he knew the Cardinals had him on their radar: “Yeah, I had an idea they were interested. Coach (Kevin) Ross came down and met with me for the private workout and we had a pretty good talk. He liked how it went. The Cardinals made it happen [Saturday].”

This year’s draft also marked the first time in Keim’s regime the team did not make a single trade over the three-day event.

“Every opportunity that we had to pick their were trade options,” Keim said. “You have to weigh that against the player and the grade that you have on the board. The compensation wasn’t worth it at the time.”