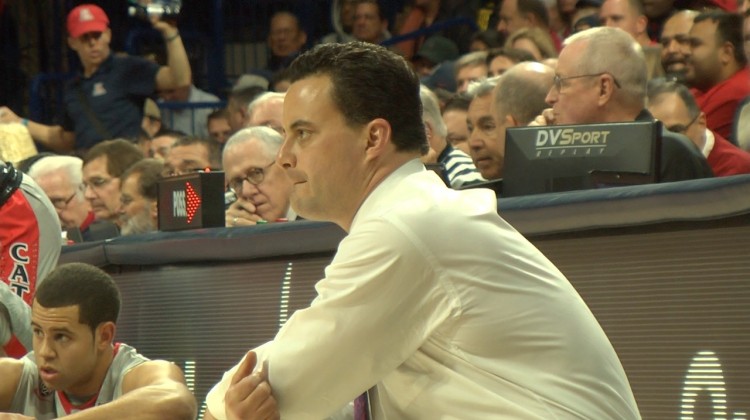 A down year for some programs isn’t the same as it is for others. For Arizona, a season in which they earn a bye in the Pac-12 tournament and are a lock for the National Tournament can still be a down year, and it has been.

But Wildcats coach Sean Miller sees positives in the fact that his team is entering the conference tournament, played this week in Las Vegas, as something other than the top seed.

“Motivation is so much towards that other team for many reasons,” Miller said.

Arizona, who enters the tournament with the four seed, hasn’t gone into Las Vegas ranked this low in the conference since the 2011-2012 season, when they also carried a four seed.

Last season Arizona won the regular season and the conference championship, but Miller thinks they might be in decent position for a repeat title in spite of their relatively low seeding.

“If you’re not the conference champion, like we are this year, and you may potentially play a team that just beat you in a crucial game, I think you have the right mindset going in there to do a better job than you just did and play extremely hard. Because at this point we don’t have a championship in our pocket,” Miller said. “We have nothing.”

Arizona will play the winner of Washington State and Colorado’s first round matchup. The Wildcats lost to Colorado on February 24.