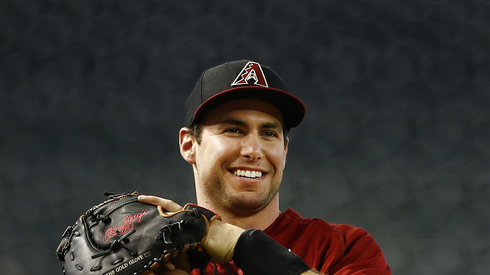 Over the last three years, by any metric, Paul Goldschmidt has been one of the four or five best position players in baseball. The numbers can’t get enough of the guy.

WAR (Wins Above Replacement) has him fourth over that period. Weighted On-base Average and weighted Runs Created has him third. He’s hit the tenth-most homers while running the fourth-best batting average. There’s no question that “Goldy” is one of the game’s absolute best.

So why isn’t the Arizona Diamondback star all over video game covers, magazines, and national ad campaigns? If he’s one of the best in the business, and he is, why isn’t he one of the biggest names in sports? What’s separating Goldschmidt from a guy like Bryce Harper or Mike Trout?

Yahoo Sports MLB columnist Jeff Passan says it’s more about who Goldy is than where he plays.

“You know I think he’s still a little bit underappreciated, but the difference between him and Bryce Harper and Mike Trout getting magazine covers comes down I think to age. Those kids are still in their early 20s,” Passan told Sports360AZ.com’s Brad Cesmat in a phone interview Monday.

OK, so Goldschmidt is 28 and those guys are 23 (Harper) and 24 (Trout), but is that really enough to keep the D-Backs star out of the limelight? Are those guys that much more impressive?

“Don’t get me wrong, Paul Goldschmidt embodies just about everything that’s right about baseball,” Passan said. “He’s a guy who, through hard work, willed himself to becoming a superstar. And if you call him anything less than that, you’re selling him short, because he is a superstar. He’s consistent, he’s meticulous, he’s impressive in every facet of the game, whether it’s with the glove, on the bases or especially at the plate.”

So what then? What’s holding Goldschmidt back from being a national megastar?

Passan says it’s got to do with one of the things D-Backs fans love most about their star.

“I don’t know that the marketability is necessarily there if he’s in New York or Los Angeles,” Passan said. “I just think he’s a pretty, I don’t know about introverted, but he’s not the guy that’s going to go out there flipping bats and selling himself.”

There’s truth there. Paul Goldschmidt’s numbers may be blinding, but the guy isn’t flashy. And in a lot of ways, that’s why Arizona can’t get enough of him.

“People who like baseball appreciate him for what he is,” Passan said, “People on the outside are just missing out.”