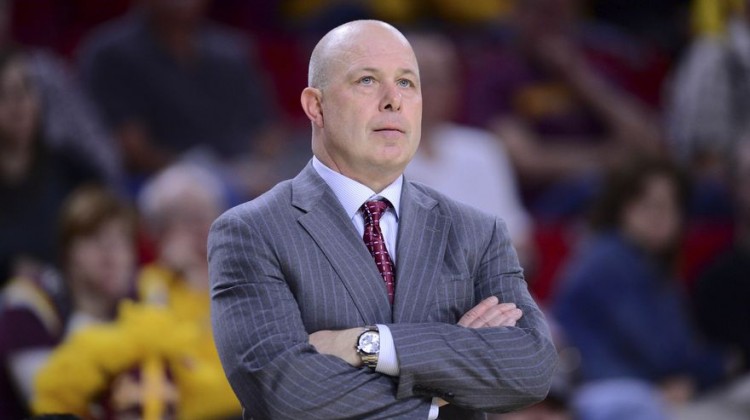 Herb Sendek is going back to the bench.

The former Arizona State head basketball coach will be staying on the west coast accepting the same position at Santa Clara University. The story was first reported by CBSSports.com Monday afternoon.

Sendek takes over for Kerry Keating who was fired earlier this month after nine years at the West Coast Conference school. His record with the Broncos was 139-159.

The 53-year-old Sendek spent nine years in Tempe. He won 20 or more games five times and led the Sun Devils to two NCAA Tournaments. He was fired after the 2015 season and eventually replaced by Bobby Hurley who came to ASU from the University of Buffalo. Sendek accumulated a 155-133 record with the Devils and was named the Pac-12 Coach of the Year in 2010.

Santa Clara appears to be a nice fit for Sendek who has recruiting ties to the southern and northern parts of California from his time at ASU. He also had head coaching stints at Miami (Ohio) and North Carolina State.