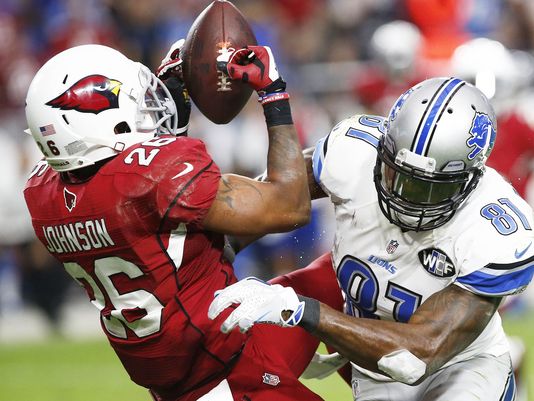 Rashad Johnson’s philosophy on life is quite simple: family first.

Many were not surprised when the talented safety opted to leave the Arizona Cardinals and sign a one-year deal close to home with the Tennessee Titans last week but you may not realize why he opted to return close to his roots.

“Last year December, late in the season, they found a tumor on [my dad’s] pancreas,” Johnson told Sports360AZ.com’s Brad Cesmat in a phone interview Tuesday morning. “They had to a 13-hour procedure. He was hospitalized…almost two months.”

Johnson’s father was in and out of ICU and experienced some “really dark moments.” The curveball came in the midst of the Cardinals’ run to the NFC Championship.

Through it all the popular teammate did his best to balance to family and football.

“I’d play on Sundays and I’d travel home,” Johnson explained. “Spend the little bit of time that I could spend with him. It was really a tough time.”

His time in Arizona he will cherish forever. Johnson understands the pieces are in place for another deep playoff run. However, according to him, “the option wasn’t there” so going closer to his roots was, in many ways, meant to be.

Despite some rookie razzing, Johnson credits Adrian Wilson for mentoring him through his early years in the league. The five-time Pro-Bowler invited him to off-season workouts, introduced him to his doctors and trainers. He taught Johnson to be a pro.

Johnson is now passing some of those loyal traits back to his family.

“Family comes before anything.”