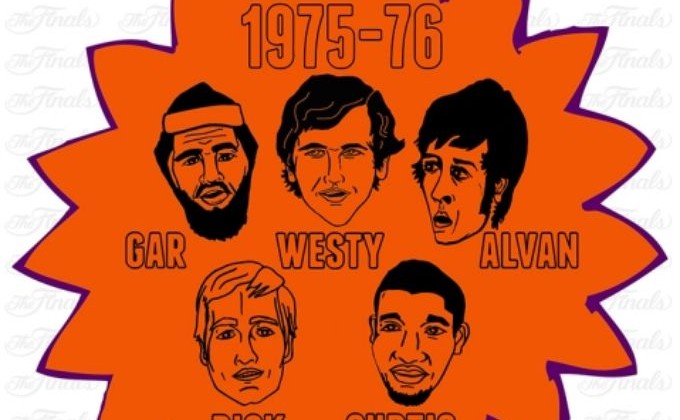 With all the talk this weekend about the 40th anniversary of the 1976 Suns that played in the NBA Finals, chances are you’re either too young to remember back that far, or weren’t here at that time.

Still, you know the details. This story is not about what happened. Instead, let’s examine the question, “Could it happen again?”.

How did the Suns manage to pull off such a run? Several factors. One, it took two rounds to get to the Finals, not three. When they beat Golden State in the Western Conference Finals, they caught the defending champs looking a bit too far ahead.

One of the big reasons was the way the Suns played.

By using 6’ 9” rookie Alvan Adams at center, the Suns defied conventional thinking. The centers of the mid 1970’s were big, physical, and played close to the hoop. Adams, while small and thin, was a brilliant passer, penetrator and shooter. He forced his opponents out of their usual spot, opening the middle for power forwards Curtis Perry and Gar Heard.

The Suns were also physical in the backcourt. In Ricky Sobers and Paul Westphal, the Suns had two guards who wouldn’t get pushed around. Westphal knew plenty of ways to get in his opponent’s heads.

Sobers’ approach was simple – hit me and I’m hitting you back.

We could talk coaching, fate, what have you, but an underlying factor in the incredible run of the “Sunderella Suns” was Basketball IQ.

Consider this – in addition to two excellent coaches in head coach John MacLeod and assistant coach Al Bianchi, the Suns roster featured five players who would become either full-time or interim head coaches in the NBA. Paul Westphal had two stints as a college coach before the NBA, and the last man on the bench, Pat Riley, did all right for himself as a coach and executive.

If you’re not as big as your opponent, you’d better be crafty, and the 1976 Suns were that and then some.

In getting to the NBA Finals, the Suns gave the league what any league craves – the perception that all teams in the postseason have a shot, even a team that didn’t have players considered to be.

Why do we still celebrate the “Sunderella Suns” with such fondness? The obvious answer is the fact it gave Phoenix its first taste of the big stage in pro sports, but it’s also that they showed that all things are possible.

Yes, the triple overtime in Game 5 was a factor, too. It grabbed the attention of the entire country – not a bad thing to have happen for the NBA as it moved into a new era with four teams from the ABA joining the league the following year.

So, back to the question – could it happen again? Most basketball experts would say no – too many rounds of the playoffs, too many “super” teams to get in the way, and the league is already full of teams that don’t need dominant inside players to win.

There’s also the size of the league. With 15 teams in each conference, a record of 42-40 like the Suns had in 1976 would too often put a team on the outside looking in.

One other thing – the salary cap. The 1976 Suns made an in-season trade for Gar Heard. Such trades can still happen on today’s NBA, but are harder to pull off because of contracts.

Just like the players themselves, fans of the 1976 Suns aren’t exactly kids anymore, and time tends to make memories a little sweeter. However, it’s not just the fact itself that it was the first Phoenix team to play for a major professional sports championship that causes those fans to romanticize that team.

It’s the fact that, while you never say never, it is highly unlikely such a circumstance will ever be seen in the NBA again.