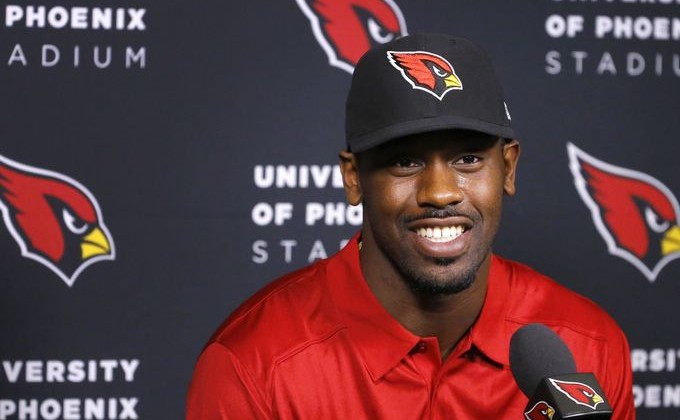 Chandler Jones and Evan Mathis both own Super Bowl rings. They have the hardware to show off to a franchise that has yet to get their fingers sized for jewelry. The two also bring power, strength, numbers, and experience. What else can Steve Keim do for an encore this offseason?

Trade a disappointing top ten first round draft pick, Jonathan Cooper as part of a deal to acquire one of the top three pass rushers in the NFL. Including a second round pick had to happen to make this deal complete. Getting back that pick is as simple as trading down from the 29th spot a couple of times. Great teams find ways to add multiple draft picks on draft day.

If Chris Johnson decides to sign with Miami rather than the Cardinals, I’d say that adding to the running back corp would become a priority. But that position can be addressed in a number of ways at a number of times in the offseason or even early in training camp (see Chris Johnson last August).

Are the Cardinals a better team today than the one that walked off losers in the NFC Title game? Yes…