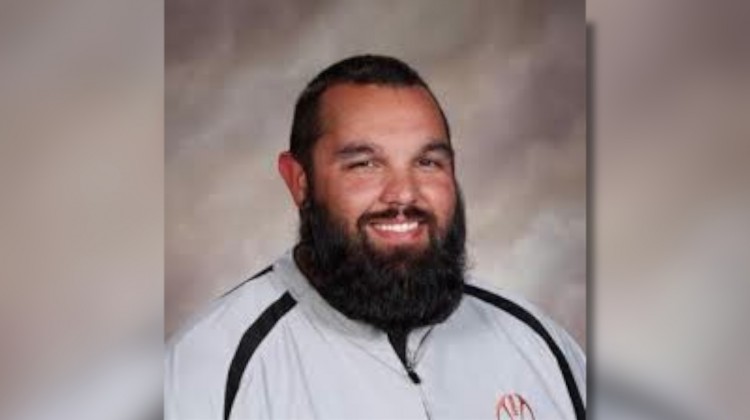 At just 31 years old, Jose Lucero may be one of the youngest head football coaches in Arizona.

But the new top dog at North Canyon has been preparing for years for this opportunity.

After five years as the offensive coordinator at Desert Edge under coach Rich Wellbrock, three years working under Wellbrock at Tolleson, and a season with Glendale Community College under coach Joe Kersting, Lucero feels more than ready to step into the spotlight and take over a struggling program on his own.

North Canyon has won five games in the last three seasons combined, including going 1-9 last season. But Lucero is confident he can turn things around.

“Going into Desert Edge, it wasn’t a program that had had a lot of success before either,” Lucero said. “They hadn’t won a playoff game before. And we went in there with an attitude of, ‘Everybody just get on board, everybody has a role, do what you’re supposed to do.’ And that program, within a matter of six years, we got it turned around. So I think coming in here, my experiences, and what I’ve learned under coach Wellbrock, and what I’ve learned in my time at Desert Edge really prepared me for a program that really hasn’t had a lot of success, but to really get it moving in the right direction.”

Wellbrock turned a middling 5-6 Desert Edge team into 10 wins the very next season, taking the Scorpions to the Division II semifinals in his first season with the team. Lucero said one of the biggest things he learned from his time with Wellbrock was the importance of building a culture that kids want to be a part of.

“I guess my unique philosophy is I want our kids to be kids,” Lucero said. “I want them to have fun, I want them to enjoy this experience as much as possible. I want this whole high school football experience to be something that they truly have a great time doing.”

Lucero is willing to be creative to accomplish that.

Lucero hopes to carry that environment onto the field. He intends to run an up-tempo offense, though he said he’s yet to finalize exactly what style they’ll run outside of that. He said the key is finding out what fits the personnel that they have. He said he’s used to tailoring his offense to fit the team he has to work with from his time at Desert Edge.

Whatever the Rattlers do schematically, Lucero said the most important thing is becoming relevant again. He said that the goal the players themselves came up with was for the last few games of the season to mean something, which hasn’t been the case at North Canyon for years.

But for Lucero, success in 2016 is as much about the process as the result.

“Right now probably the biggest challenge is just getting kids out and getting our numbers back up. Like I said before, there’s been some struggles in years past, so we’re having to re-establish a culture here at North Canyon. One of the biggest things is making a culture, making an environment that kids want to be a part of. Get them out, keep them out and get them excited about playing football again. And so far it’s going really well.”