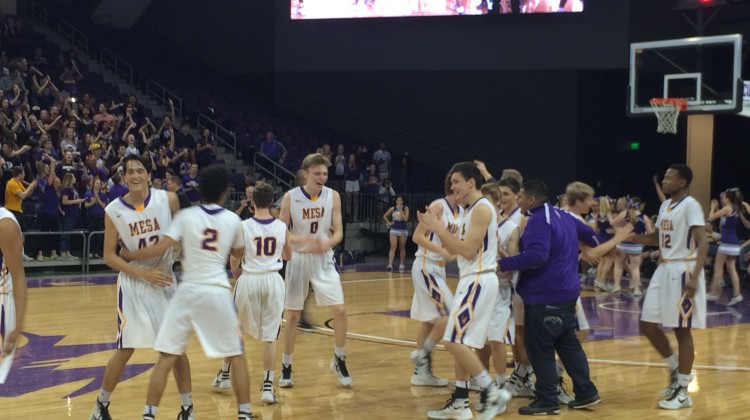 The Basha Bears picked a bad time to play their worst half of the season.

Second-seeded Mesa started fast and pulled away late for a 50-35 win in the Division-I State semi-finals. The Jackrabbits held Basha to just 10 first-half points and eventually wore out the Bears whose valiant comeback fell short at GCU Arena.

Basha fought back from a double-digit halftime deficit and cut the the lead to five heading to the fourth quarter but managed just five points in the final eight minutes as the Jackrabbits punched their ticket to the finals Monday night at Gila River Arena in Mesa.

The game was essentially lost for Basha early on as they committed nine first half turnovers and made just four field goals in 18 attempts (28.6 %) before intermission.

Clearly frustrated, head coach Mike Grothaus tried different defenses and lineups in the second half which netted better results at both ends of the floor but in the end the Bears ran out of offensive possessions and time.

“This class is so special to me,” Burchar said taking a moment to reflect on his team. “We’ve got a bunch of backyard boys battling.”

Basha was paced by Terrell Brown who scored a team-high 10. He was the only Bear in double figures.